Police clear US Capitol of Trump supporters, to enforce curfew

Police cleared the last of the supporters of President Donald Trump from the US Capitol on Wednesday after they stormed the building and disrupted the certification by Congress of Democrat Joe Biden's election victory. 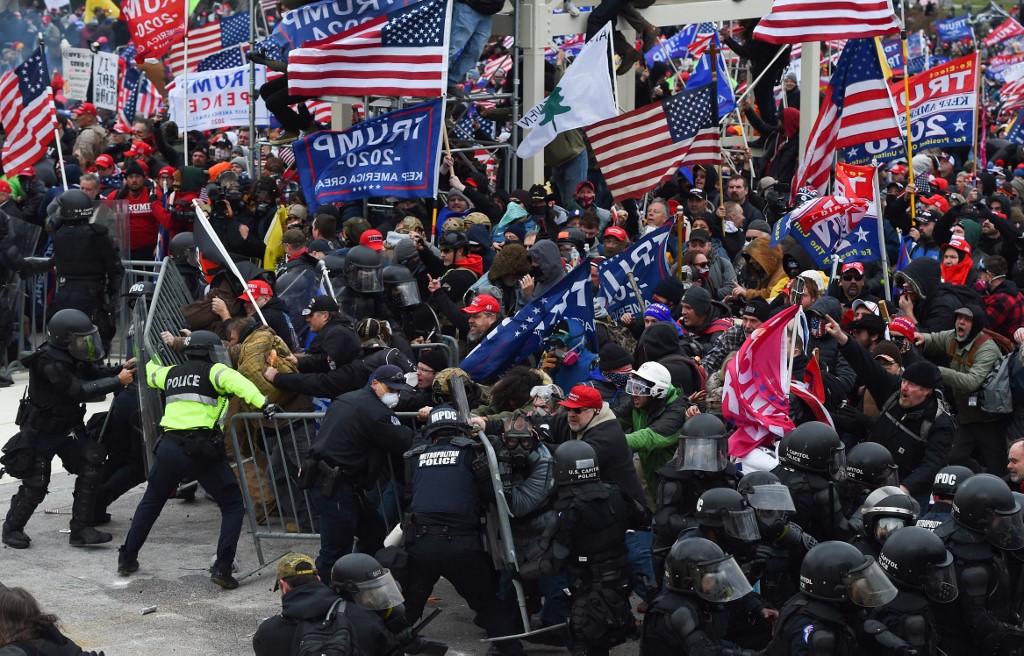 Trump supporters clash with police and security forces as they push barricades to storm the US Capitol in Washington D.C on January 6, 2021. (Photo: AFP)

US media outlets quoted the sergeants-at-arms of the House of Representatives and the Senate as saying the Capitol was now secure, about four hours after it first came under attack.

A dusk-to-dawn curfew has been declared by Washington Mayor Muriel Bowser, who asked for the assistance of the National Guard to help reestablish order in the nation's capital.

The curfew went into force at 6:00 pm (0100 GMT) but thousands of Trump supporters could still be seen milling about the streets.

"We want everybody to move out and move out quickly," Bowser told reporters. "The curfew will be enforced."

Police in riot gear had set up a perimeter around the Capitol building, which came under attack by Trump supporters after the president addressed a rally nearby in which he repeated his baseless claims of election fraud.