Police investigating the apparent killing of an American by an isolated island tribe off the coast of India said they have surveyed the island by air and have carefully visited the area to identify where the man died. 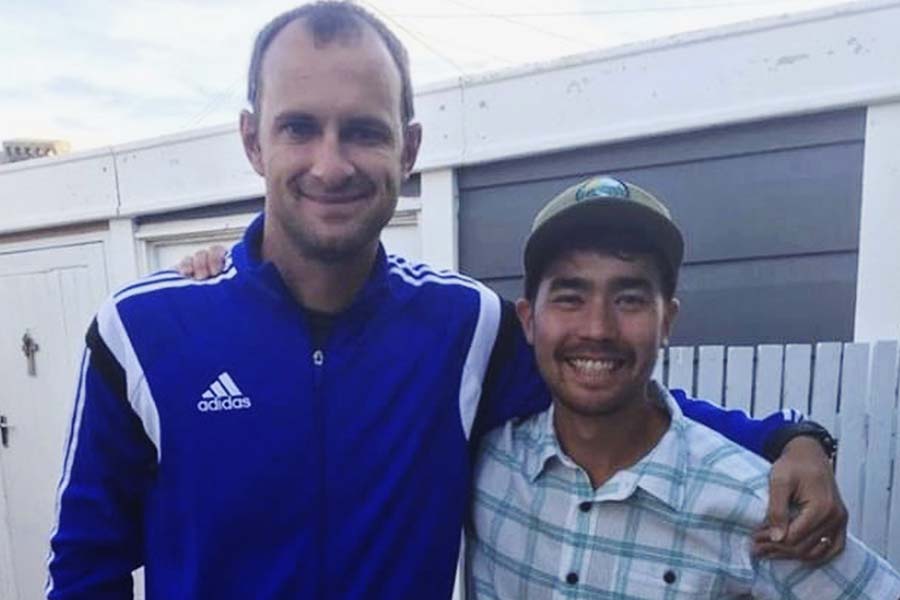 In this October 2018 photo, American adventurer John Allen Chau, right, stands for a photograph with Founder of Ubuntu Football Academy Casey Prince, 39, in Cape Town, South Africa, days before he left for in a remote Indian island of North Sentinel Island, where he was killed. Chau, who kayaked to the remote island populated by a tribe known for shooting at outsiders with bows and arrows, has been killed, police said Wednesday, Nov. 21. Officials said they were working with anthropologists to recover the body. (File photo: AP)

A statement issued by the police for the Andaman and Nicobar islands late Wednesday said the police and India's coast guard carried out an aerial survey of Northern Sentinel Island on Tuesday. A team of police and forest department officials used a coast guard boat to visit the island Wednesday and another visit was planned Thursday. 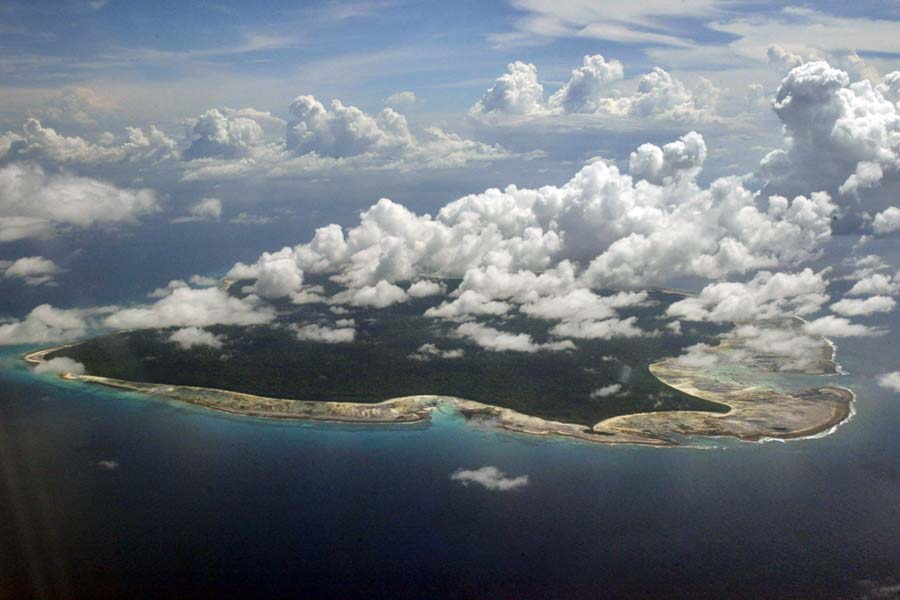 In this Nov. 14, 2005 file photo, clouds hang over the North Sentinel Island, in India's southeastern Andaman and Nicobar Islands. An American is believed to have been killed by an isolated Indian island tribe known to fire at outsiders with bows and arrows, Indian police said Wednesday, Nov. 21, 2018. Police officer Vijay Singh said seven fishermen have been arrested for facilitating the American's visit to North Sentinel Island, where the killing apparently occurred. Visits to the island are heavily restricted by the government. (File photo: AP)

The Sentinelese people are highly resistant to outsiders and the government tightly restricts visits to the island. Police officer Vijay Singh said Thursday morning that police were exploring their options since they cannot go directly to the restricted area and confront the tribespeople.

Police on Wednesday said fishermen who helped John Allen Chau visit the island saw a dead person being buried at the shore who appeared to be Chau. The fishermen then returned to Port Blair, the capital of the islands, and reported what happened. 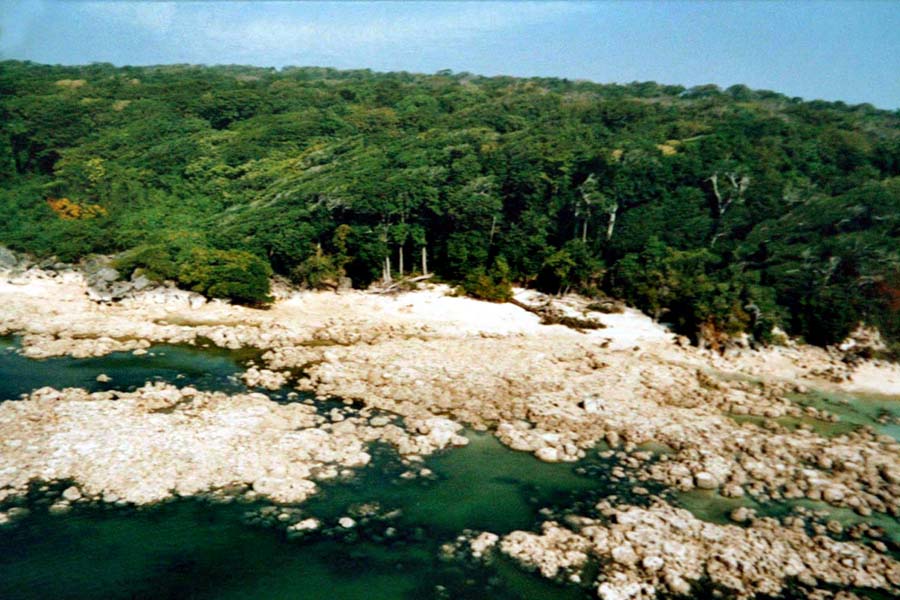 In this photo released by the Indian Coast Guard, a view of the North Sentinel Island from which the sea retracted after the Dec. 26 tsunami, and exposed coral reefs, foreground, in Indias Andaman and Nicobar archipelago, Tuesday, Dec, 28, 2004. From circumstantial evidence, officials say fate and the ancient knowledge of secret signals in the wind and sea have combined to save the five indigenous tribes living for centuries in the southern archipelago of Andaman and Nicobar from the catastrophic tsunami that lashed Asian coastlines last week. But the fate of the tribes, on the verge of extinction, will be known with certainty only after officials complete a survey of their remote islands beginning Wednesday. (Photo: AP)