Police: Gunman who killed 4 at car wash on life support 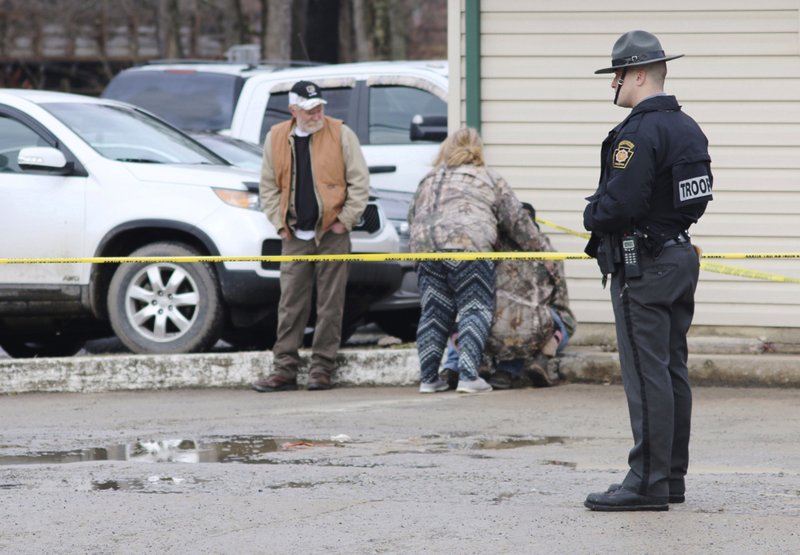 A man opened fire and killed four people at a car wash early Sunday morning in Pennsylvania, while another woman suffered only minor injuries after she hid in the back seat of a truck during the shooting, state police said.

Police said suspected shooter Tim Smith was on life support at a hospital after the shooting at Ed’s Car Wash around 3 a.m. in the Melcroft community of Saltlick Township, about 55 miles (89 kilometers) southeast of Pittsburgh.

Police earlier said that a fifth person was pronounced dead at a hospital, but they announced at a late afternoon news conference that the shooter remained on life support.

The survivor was not shot and suffered only minor injuries, they said.

Police said they were not able to speak with Smith at the hospital and they did not say whether Smith knew the victims. Family members of the victims told WPXI-TV that the shooting was the result of a domestic dispute. They claim the shooter was a man who used to date one of the victims.

Cayleigh Myers said she was friends with Seth Cline and described the construction worker as “very outgoing, very funny and very smart.”

“You always had fun when you were around him,” Myers said. “He would give his shirt off his back for you, anything, it didn’t matter what it was, what time it was, if you need him, you could call him. He was everything.”

Ed Bukovac, who owns the car wash, told the Tribune-Review that a neighbor called him around 4 a.m. Sunday and said something was wrong at his business. Bukovac said police were on the scene by the time he arrived and that he had few other details about what happened.

A man who lives nearby told the newspaper that he heard about 30 gunshots over a span of several minutes.

State Trooper Robert Broadwater said two of the victims were found inside a pickup truck and two others were found outside in the car wash’s parking lot.

Three vehicles were towed from the location. Two were pickup trucks — including the one that two of the victims were found in — and the other was a sedan.