At least two people have been killed in a shooting in the eastern German city of Halle on Wednesday, with witnesses claiming a synagogue was one of the targets. 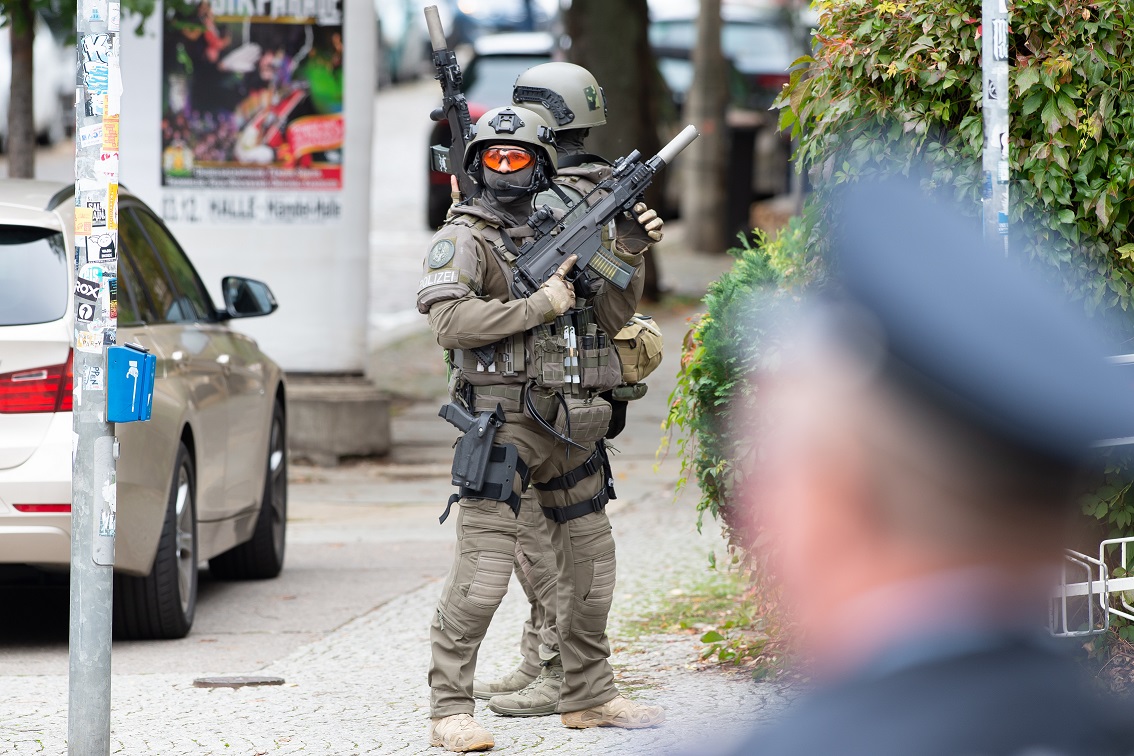 Anti-terrorist prosecutors said they have taken over investigations given 'the particular importance of the case.' (Photo: AFP)

Police said the alleged perpetrators fled the scene in a car, later adding that one suspect has been taken into custody.

"According to initial findings, two people were killed in Halle," local police posted on Twitter on Wednesday. "There were several shots."

"Our forces have arrested one person. Still stay alert. We have strong forces in and around Halle."

Max Privorotzki, leader of the local Jewish community told Spiegel Online that between 70 and 80 people were in the synagogue for the holy day of Yom Kippur when attackers tried to enter the building.

He said security measures in place helped to "withstand the attack."

In a report, the German tabloid Bild daily added the attack took place in front of the synagogue while a hand grenade was also thrown into a Jewish cemetery.

Anti-terrorist prosecutors said they had taken over investigations given "the particular importance of the case."

An eyewitness also told a German n-tv reporter that a gunman in camouflage fired on a kebab shop with an assault rifle.

"The grenade hit the door and exploded," he said.

"(The attacker) shot at least once in the shop, the man behind me must be dead. I hid in the toilet and locked the door."

Police refused to confirm the incident, saying only that there were kebab restaurants and churches in the area where the shooting happened.

Chancellor Angela Merkel's spokesman Steffen Seibert told a press conference: "It is terrible news from Halle and I hope very much that the police will manage to catch the perpetrator or perpetrators as quickly as possible so that no other person will be in danger."

SITE Intelligence Group, which monitors extremist activity, said a 35-minute video recorded on a head-mounted camera was posted on a video gaming website, showing ammunition. One of the alleged gunman can also be heard making anti-Semitic remarks.