WORLD Police hunt for suspect in connection with Lyon blast

Police hunt for suspect in connection with Lyon blast 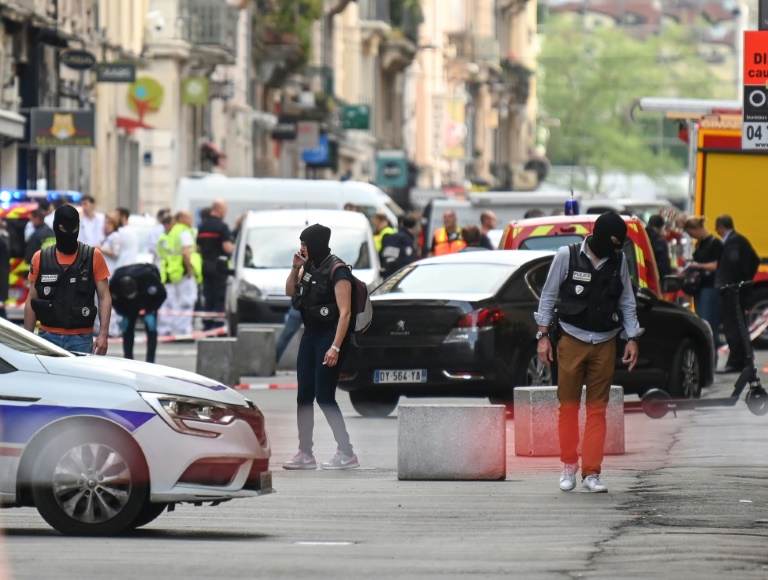 French police scour the area in Lyon after the package bomb blast that wounded more than a dozen people. (Photo: AFP)

PARIS, May 24 (Xinhua) -- French police were hunting for a man suspiciously involved in a home-made bomb explosion which injured at least 13 people in southeastern city of Lyon on Friday afternoon, news channel BFMTV reported.

A man, aged between 30 and 35, was seen leaving a suspected bomb package outside a bakery chain "La Brioche Doree" on the corner of two pedestrian streets in Lyon before fleeing on a bike, the report said, citing a security source.

According to the report, 13 individuals were suffering injuries, among them an 8-year-old girl. Eleven victims were evacuated to hospitals.

At around 17:40 local time (1540 GMT), an explosion rocked the popular street of Victor Hugo in Lyon. Screws or bolts have been found in the site.

"Police operation underway," tweeted prefecture of Auvergne-Rhone-Alpes and Rhone, asking people to avoid the area where a perimeter of security was put in place.

Following the blast whose motive remained unidentified, Interior Minister Christophe Castaner said he "sent vigilance instructions to all prefects to enhance the security of public sites and sporting events, cultural and religious".

French President Emmanuel Macron called the incident as "an attack".

"There was an attack in Lyon, everyone knows ... At this stage, there is no death. There are wounded (people). My thought is with the wounded and their families, of course," he was quoted as saying by local media.

Anti-terrorism division of the Paris prosecutor office has carried out an investigation.