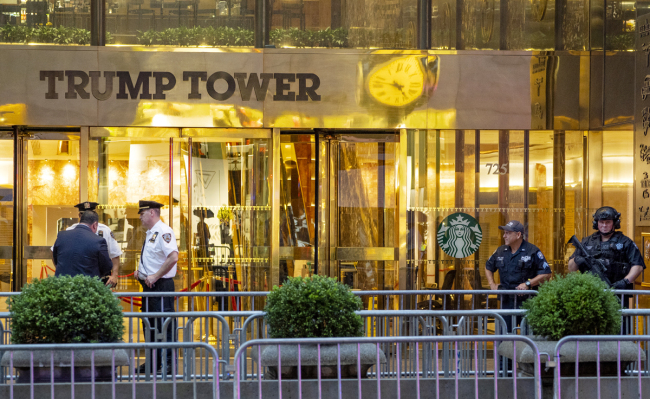 Detectives are investigating reports of thefts of about $350,000 worth of jewelry from residents in Manhattan's Trump Tower.

The jewelry was allegedly stolen from inside two apartments in the building where President Donald Trump owns a penthouse triplex, police said.

A 33-year-old woman told police her $117,000 Graff diamond bracelet was taken from her 59th-floor apartment after she left for vacation on Sept. 3.

A 67-year-old woman reported five pieces, including a Harry Winston diamond bracelet, a ring, necklace and bracelet — all encrusted with diamonds and sapphires — and a pair of diamond and emerald earrings, stolen from a drawer in her 42nd-floor closet, police said

The items reportedly disappeared between June 21 and Sept. 9.

A police spokesman told The New York Times that investigators haven't identified a suspect and are looking at everyone with access to the building.