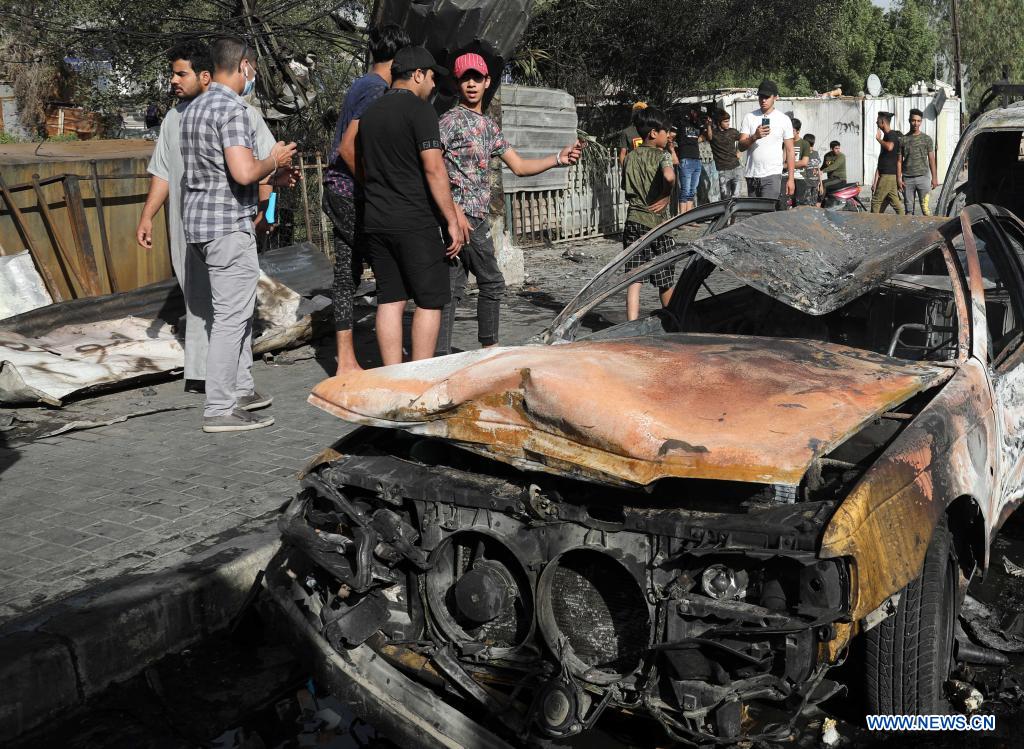 BAGHDAD, Sept. 11 (Xinhua) -- A police officer was killed in a roadside bomb explosion launched by militants of the Islamic State (IS) group on Saturday, while the security forces arrested two senior IS members in the country, the Iraqi military said.

Khalid al-Sarheed, a police officer from Nineveh province, was killed in a roadside bomb explosion while he was part of a reinforcement force dispatched to support Iraqi forces that were attacked in the morning by IS militants in a village near the town of Makhmour, some 60 km southeast of Nineveh's provincial capital Mosul, the provincial police said in a statement.

Meanwhile, a force affiliated with the Iraqi intelligence service arrested a senior IS militant, known as Abu Ibrahim Dabiq, after a month and a half of tracking him in the provinces of Kirkuk, Nineveh, Baghdad, and Anbar, said a statement by the media office of Iraqi Joint Operations Command (JOC).

The arrested militant is responsible for forming many terrorist groups, including a previously captured group which was planning to carry out bomb attacks and assassinations inside Iraq's semi-autonomous region of Kurdistan, the statement said.

The intelligence force arrested another senior IS militant, who is responsible for coordinating activities among IS leaders, the statement added without giving further details.

Over the past few months, IS militants have intensified attacks on Iraqi security forces in the provinces where the militants previously controlled, leaving dozens dead and wounded.

The security situation in Iraq has been improving since Iraqi security forces defeated IS militants in 2017.

However, IS remnants have since melted into urban centers or deserts and rugged areas, carrying out frequent guerilla attacks against security forces and civilians.