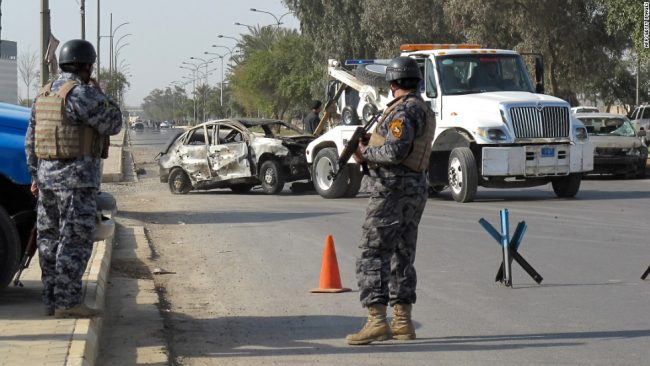 BAGHDAD, Aug. 23 (Xinhua) -- A police officer was killed and five security members wounded on Thursday in separate operations in the Iraqi provinces of Anbar and Diyala, security sources said.

In the western province of Anbar, a police lieutenant colonel was killed and three policemen wounded in a roadside bomb explosion near their patrol in an area west of the provincial capital city of Ramadi, some 110 km west of Baghdad, Sabah al-Assafi from the Anbar police told Xinhua.

In the eastern province of Diyala, an IS militant was killed in a clash with the paramilitary Hashd Shaabi fighters, who were searching an area in the town of Sa'diyah, some 120 km northeast of Baghdad, Ahmed al-Shimary from the Diyala police told Xinhua.

In a separate incident in Diyala, two soldiers were wounded while they were trying to defuse a roadside bomb near the city of Jalawla, some 135 km northeast of Baghdad, Shimary said.

The security in Iraq has dramatically improved since Iraqi forces fully defeated IS militants across the country in late 2017.

However, IS remnants regrouped in urban and rugged areas, carrying out attacks against security forces and civilians despite operations from time to time to hunt them down.