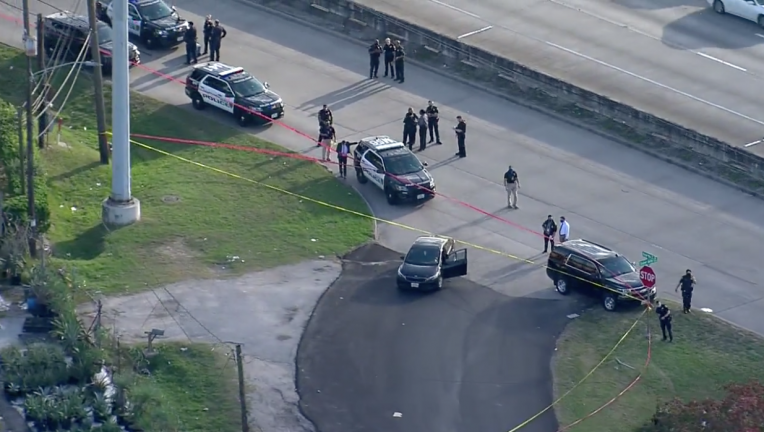 HOUSTON, Nov. 9 (Xinhua) -- A police officer was shot and killed in the U.S. city of Houston on Monday afternoon, local police said.

The shooting happened near a motel in northern Houston at around 1:30 p.m., police said. Local media quoted witnesses as saying that the officer stumbled into the Taj Inn & Suites motel to get help but died in the lobby. Witnesses also said there were multiple gunshots from across the street and the suspect drove away after shooting.

An investigation is underway as a heavy police presence was seen outside the motel.

This is one of the six shootings that have taken place in the city of Houston in the past 24 hours, leaving several people dead, according to media report.

On Oct. 21, Houston Police Harold Preston was shot and killed while responding to a domestic violence situation.