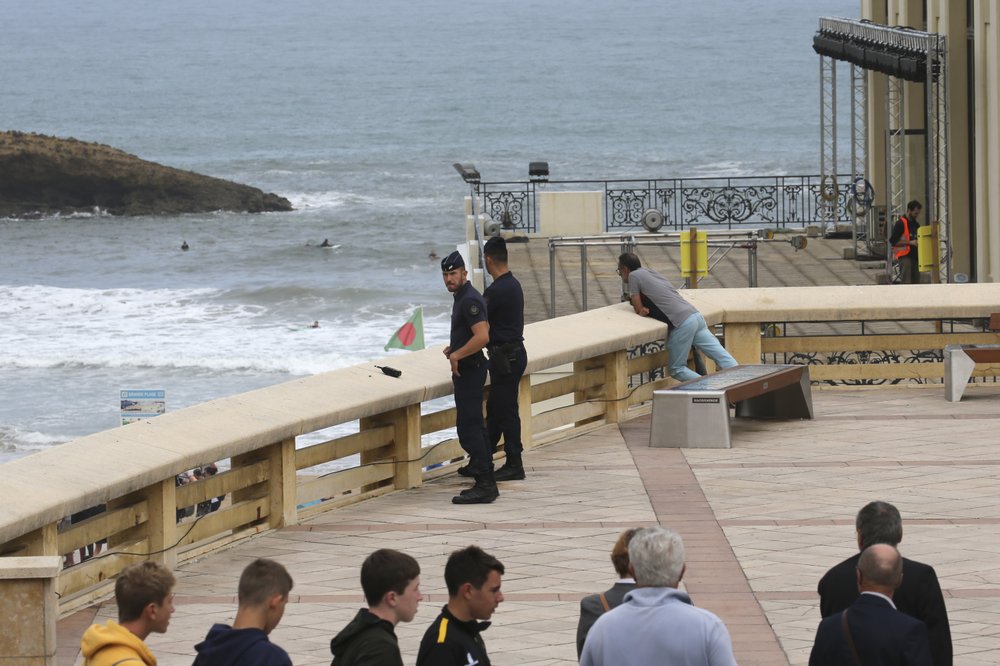 Thousands of French police are setting up checkpoints and combing Atlantic beaches to secure the southwestern coast for the world leaders who are coming for the G-7 summit this weekend.

Protesters, too, are setting up camp in towns near France’s border with Spain to prepare for protests during the Aug. 24-26 gathering of major world democracies.

More than 13,000 police are taking up their posts for the summit, and French and Spanish intelligence officials are coordinating against any threats, French Interior Minister Christophe Castaner said Tuesday.

US President Donald Trump will join host French President Emmanuel Macron and the leaders of Britain, Germany, Japan, Canada and Italy in the elegant resort town of Biarritz.

Authorities are closing all air, train and road traffic to Biarritz to clear the way for the leaders. That’s frustrating local businesses, since this is happening at the height of Europe’s summer travel season. The city’s biggest beach will also be closed.

Blocked from Biarritz, activists are planning events down the coast in Hendaye and Urrugne, and in the Spanish town of Irun, to protest economic injustice, climate change and other concerns.

Castaner said he expected the planned protests nearby to remain peaceful, but emphasized that security forces will be present in case demonstrations turn violent, as they have in previous international summits.