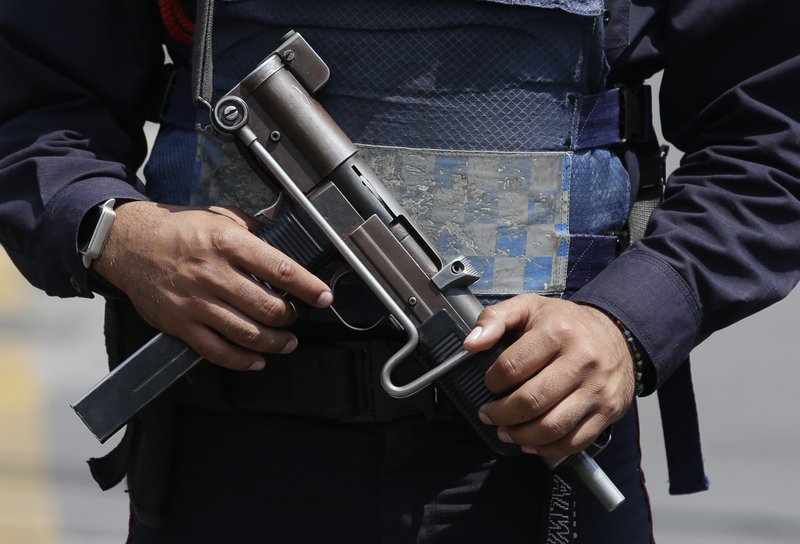 Mexican officials said Tuesday they are dispatching 5,000 additional federal police officers to several tourist cities after a series of violent incidents, including a lengthy shootout that rattled the Baja California resort city of La Paz.

Renato Sales, the country’s national security commissioner, said the officers would be sent “to key cities” like La Paz in the hopes of reducing violence. He told the Televisa network that the cities are mostly tourism destinations and include Cancun, Los Cabos, Manzanillo and Colima.

The announcement came a day after police and crime suspects exchanged long bursts of gunfire in La Paz. The prosecutor’s office in Baja California Sur state said Tuesday there were no deaths, but five people were arrested and 10 guns were confiscated.

Some of the suspects were wanted on murder, drug, weapons and other charges, authorities said.

Baja California Sur was once a peaceful state home to the twin resorts of Los Cabos, but now it has Mexico’s second-highest homicide rate, at 69 per 100,000 inhabitants.

The government is trying to figure out ways to restore peace in Los Cabos and other tourist destinations, with Tourism Minister Enrique de la Madrid recently suggesting the legalization of marijuana at the resorts to decrease violence.

One resort that has long been plagued by violence is Acapulco, in the southern state of Guerrero.

Killings have become so common in Guerrero that few were surprised Monday when two men wearing police uniforms and driving a truck with police logos were found dead in the state capital, Chilpancingo. It turned out they weren’t police and the truck was stolen.

That appeared to confirm the chilling prospect that fake police had been driving around the capital, until they met members of a rival gang. Chilpancingo’s real police were disarmed in early January after they were suspected in the kidnap-killing of two men.

On Tuesday, investigators in Chilapa, a city near Chilpancingo, found 15 plastic bags containing the hacked-up remains of at least seven people, including one woman.

The remains were so jumbled that police counted the victims based on how many heads they found in the bags. None were immediately identified, but Chilapa has long been the scene of turf battles between rival drug gangs.