Several people have been injured in a shooting in the central Dutch city of Utrecht on Monday morning, police said, Reuters reported.

The Utrecht police said a square at a tram station outside the city center had been cordoned off as emergency services were at the scene, according to the report. 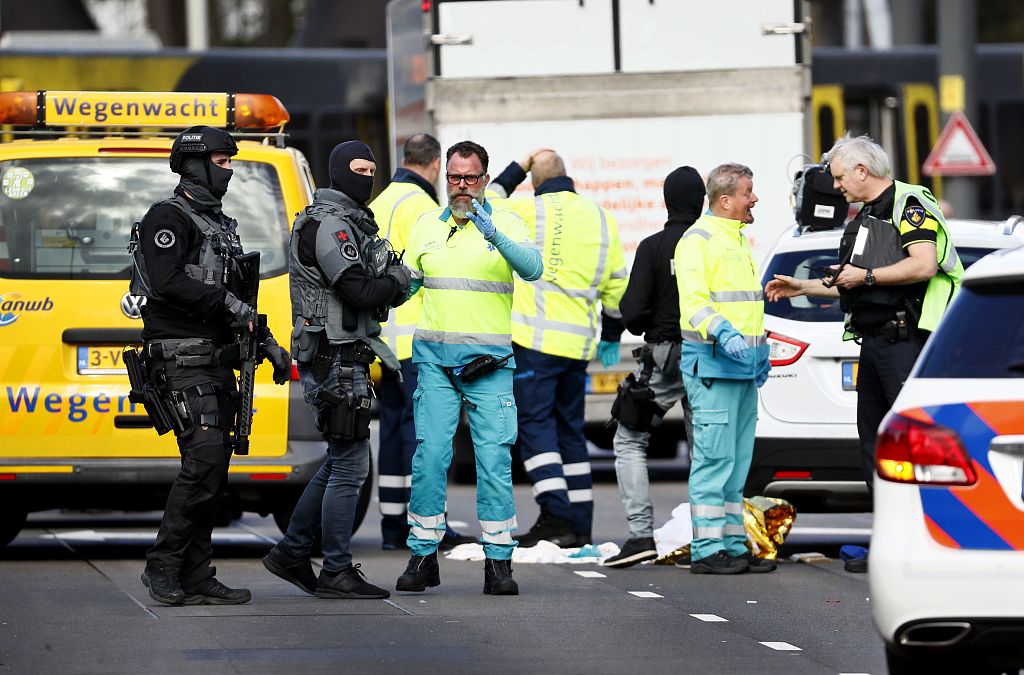 Police forces and emergency services stand at the 24 Oktoberplace in Utrecht, on March 18, 2019 where a shooting took place. (Photo: VCG)