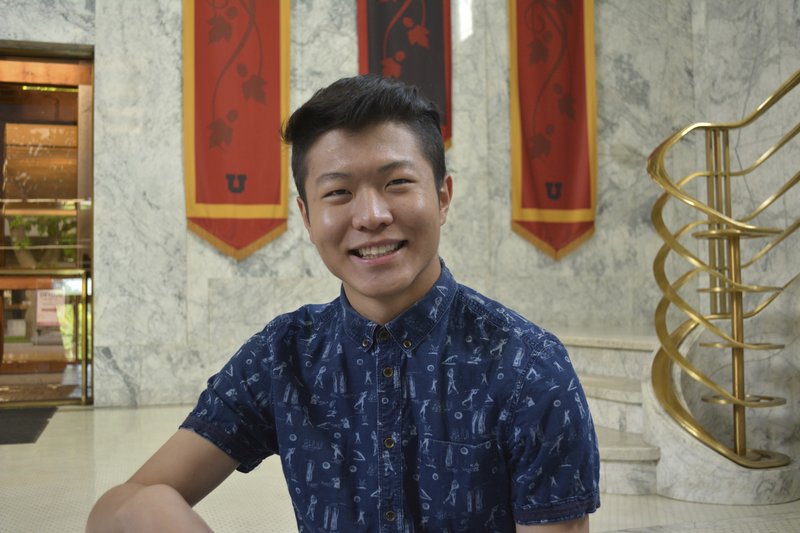 Authorities are trying to figure out how a longtime criminal recently released from an Alabama prison ended up in a Utah canyon where he’s suspected of killing a 23-year-old devout Mormon immigrant from China.

ChenWei Guo came to the United States in 2012 and dreamed of opening a consulting firm. He was studying computer science in his first year at the University of Utah in Salt Lake City.

Friends say the 23-year-old smiled easily, loved to dance and could be found trekking canyons around Salt Lake City, like the one where his body was found Monday night.

A 24-year-old ex-convict is suspected of shooting the student to death after demanding Guo’s car, according to Utah authorities.

He also fired at an unidentified woman who witnessed the slaying, police said in jail documents.

Police found Guo’s body still in his vehicle in a canyon just east of campus, prompting a campus-wide lockdown and a massive overnight manhunt at the school and in the rugged foothills nearby.

“It just seemed like the most senseless thing to do, take the life of such a great person,” said Steve Comrie, a leader of the Church of Jesus Christ of Latter-day Saints congregation that included Guo.

Austin Boutain surrendered without incident Tuesday afternoon after a librarian spotted him at a city library several miles away, about 15 hours after Guo was found.

Boutain was booked on suspicion of aggravated murder, robbery and other charges.

Boutain has a rap sheet that includes drug, car theft and weapons charges in Minnesota and Alabama dating back to his days a juvenile. He was paroled in May after serving a year and a half in an Alabama prison for being a convicted sex offender and failing to report his whereabouts to police.

His parole was transferred to Wisconsin this spring, but he skipped and a warrant went out for him Aug. 31, according to authorities there.

Alabama court records show Boutain and his wife Kathleen married in 2014 and had two children. He filed for divorce in January while imprisoned, but the split wasn’t finalized in court.

Boutain and his wife were wanted for questioning in the killing of a 63-year-old Golden, Colorado, man whose truck is missing but which authorities say Boutain may have driven to Utah.

Police in Utah say he acknowledged taking three guns from a home in Colorado. He told police he hid the gun used to shoot Guo in a wall near the Salt Lake City homeless shelter, but when he returned it was gone, according to jail documents.

Police said Mitchell Bradford Ingle, whose body was found Tuesday in his trailer home, may have been friendly with the Boutains, but it wasn’t clear how they met and how the older man was killed.

Kathleen Boutain was jailed in Utah on unrelated drug and theft charges after she reported to police Monday night that her husband had assaulted her while they were camping in the canyon.

Salt Lake City Police Chief Mike Brown and University of Utah police did not have details Tuesday about how Boutain encountered Guo and evaded more than 100 officers who swarmed the foothills near campus after the shooting.

A lockdown at the university, which has about 32,800 students, ended early Tuesday, but school officials canceled classes for the day. About 175 students had to shelter in the library Monday night because they couldn’t return to their homes.

Lori McDonald, the University of Utah’s dean of students, said Guo served as a peer adviser to help other international students find their bearings on campus and described him as “extremely outgoing, charming, creative, smart.”

“This senseless act of violence has shaken our community and ended the life of a dear son, true friend, and promising scholar,” University of Utah President David Pershing said in a statement.

Guo served as a missionary in Provo and volunteered as a foreign language interpreter for The Church of Jesus Christ of Latter-day Saints and recently persuaded his parents to join the church, Comrie said.

His friend, 24-year-old Rachel Tam of Pleasant Grove, Utah, said Guo baptized her cousin into the faith and would speak in a moving and powerful way about his beliefs.

Austin Boutain’s mother, Roseanne Boutain, told the Minneapolis Star Tribune that her family is “heartbroken for the victims and their families. We are sending out our heartfelt and earnest prayers.”