A 61-year-old Chinese American man was attacked by a man who kicked him repeatedly in the head in East Harlem, police said. 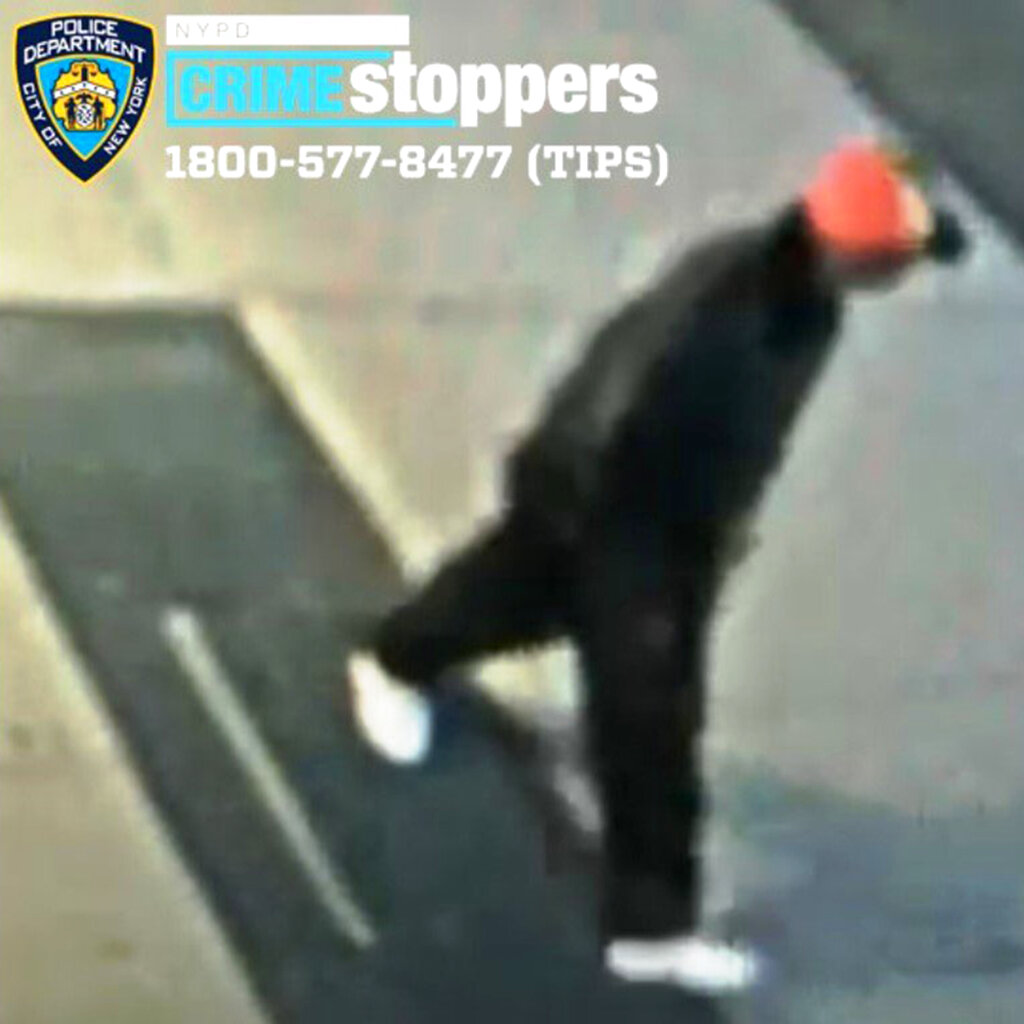 This Friday, April 23, 2021 image from surveillance video made available by the New York City Police Department shows an unidentified individual police who are seeking after a 61-year-old Asian man was attacked in the East Harlem neighborhood of New York. (Photo: NYPD via AP)

The man was collecting cans when he was attacked from behind, knocked to the ground and kicked in the head shortly after 8 p.m. Friday. He was taken to Harlem Hospital in critical but stable condition, police said.

Surveillance video released by the police appears to show the attacker stomping on the victim's head. The police department's hate crimes task force is investigating the attack, the latest in a troubling rise in anti-Asian hate crimes in New York and around the country.

Police have not specified a motive in the attack.

Mayor Bill de Blasio called it “outrageous” on Twitter. “Make no mistake, we will find the perpetrator and they will be prosecuted to the fullest extent of the law,” de Blasio said Saturday.

The attack recalled last month's assault near Times Square in which a woman who immigrated from the Philippines was knocked to the ground and stomped on by an attacker who shouted anti-Asian slurs. A parolee convicted of killing his mother nearly two decades ago was arrested in that attack.

The U.S. Senate passed legslation last week aimed at fighting the rise in hate crimes against Asian Americans and Pacific Islanders. The measure would expedite the review of hate crimes at the Justice Department and provide support for local law enforcement in response to thousands of reported violent incidents in the past year.

“I’m sickened to learn of yet another bigoted act of violence against an Asian American man,” the governor said in a statement. “This is not who we are as New Yorkers, and we will not let these cowardly acts of hate against members of our New York family intimidate us."

Police did not release the victim's name, but multiple news outlets identified him as Yao Pan Ma, a former restaurant worker who lost his job because of the pandemic and was collecting cans to make ends meet.

The victim’s wife, Baozhen Chen, 57, pleaded for police to find her husband’s attacker in an interview with the New York Post.

"Please capture him as soon as possible and make him pay,” Chen said in Mandarin through a translator.