French police have shot dead a man after a middle school teacher had his throat cut and died in the street in a Paris suburb. 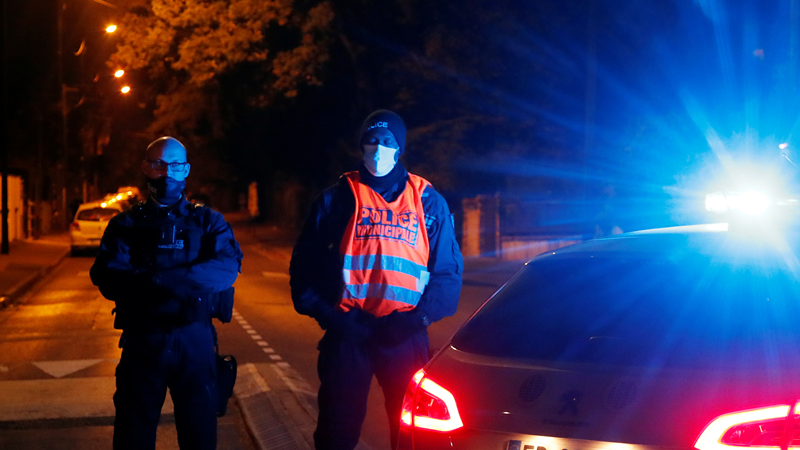 French anti-terror prosecutors are now investigating the assault that happened at around 5 p.m. local time near a school in Conflans-Sainte-Honorine, a suburb in the northwest of the French capital.

Prosecutors announced they were treating the incident as "a murder linked to a terrorist organization."

The teacher had allegedly shown pupils in his class cartoons of the Prophet Muhammad, according to a police source quoted by Reuters. The illustrations are considered by many Muslims to be blasphemous.

Police received a call about a suspicious individual loitering near the school. On arrival, they found the dead man and, 200 meters away, saw a suspect armed with a knife-like weapon who threatened them.

The scene has been cordoned off and a bomb disposal unit dispatched because of the presence of a vest suspected to be packed with explosives, the source said.

Interior Minister Gerald Darmanin, currently on a visit to Morocco, is returning to Paris immediately after talking with Prime Minister Jean Castex and President Emmanuel Macron, his office said.