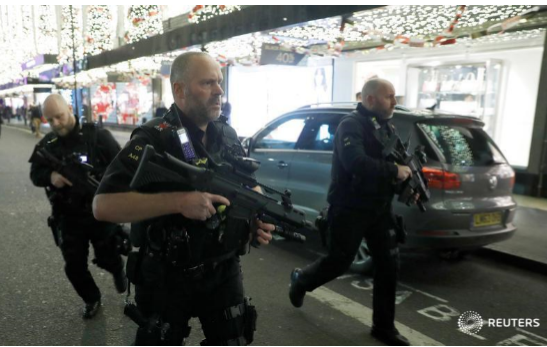 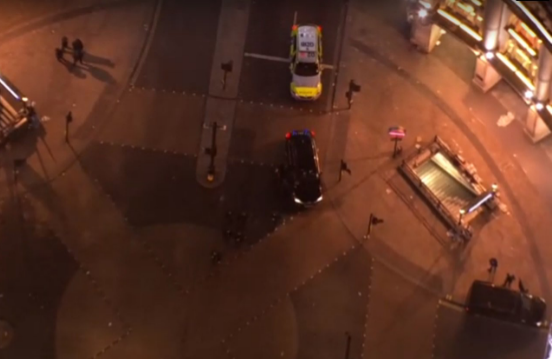 London (People’s Daily) - The Metropolitan Police said officers were called at 16:38 GMT to "a number of reports of shots fired" on Oxford Street and Oxford Circus Tube station.

"Police have responded as if the incident is terrorist related," a statement said.

British Transport Police said officers were at the scene and warned people to avoid the area, in London's West End.

"Oxford Circus Station is closed while we investigate a customer incident," Transport for London said.

Witnesses said people were running away from the station

"Armed and unarmed officers are on scene and dealing along with colleagues from British Transport Police.

Armed police were alerted at 4:38 pm, Friday afternoon, after a gunman at the Oxford Circus station was spotted.

Located in London’s West End, the station is surrounded and on lock down.

A statement from Transport authorities said, “Oxford Circus Station is closed while we investigate a customer incident.”

Witnesses said people were running away from the station.

At this stage, British Transport Police have received one report of a woman sustaining a minor injury when leaving Oxford Circus station. There are no other reported casualties.

"To date police have not located any trace of any suspects, evidence of shots fired or casualties.

"Officers continue to work with colleagues from British Transport Police in the area of Oxford Circus, " the Metropolitan Police says in a statement.