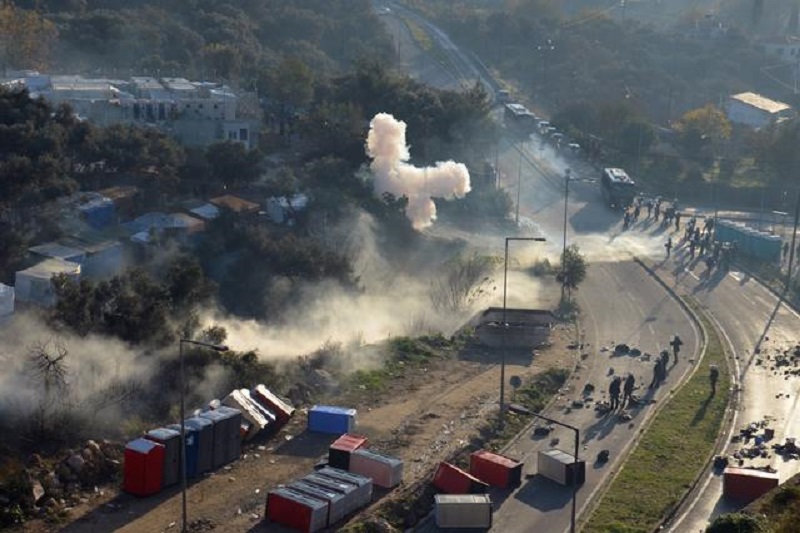 The mainly African asylum-seekers blocked a road near the camp and threw stones at police, the agency said.

Samos is one of five Greek islands receiving a steady stream of asylum-seekers from neighbouring Turkey under rapidly deteriorating conditions.

According to government figures, around 7,500 people are staying at the Samos camp, built to handle no more than 650.

The government has pledged to replace the facility with a larger one with a capacity of at least 5,000 people, but local authorities resist the move.

Greece this year again became the main entry into Europe for migrants and refugees. The UN refugee agency recorded more than 55,000 arrivals by sea and more than 14,000 via the land border with Turkey.

Only a fraction are allowed passage to the Greek mainland, and the rest spend months in the camps, waiting for their asylum applications to be processed.