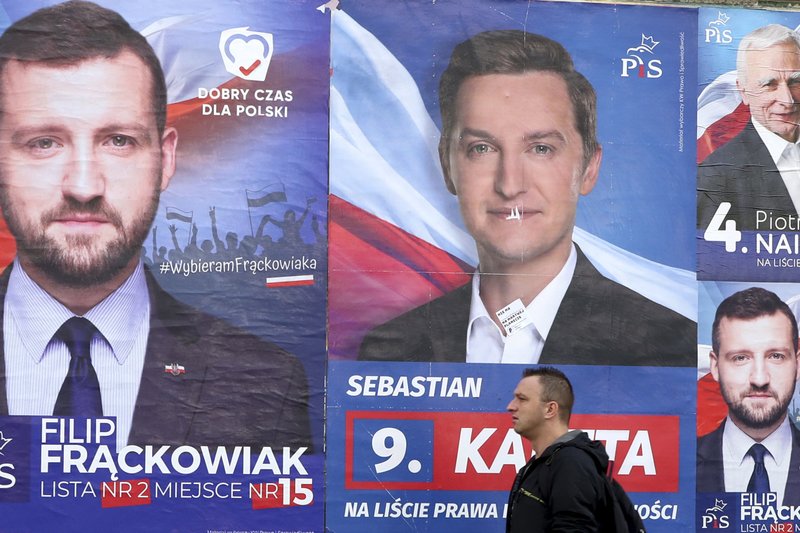 Poland’s ruling conservative party has requested a recount in six districts of votes for candidates to the Senate after losing control of that chamber in the country’s recent election.

The request sparked accusations from opposition parties that Law and Justice, the ruling party, was seeking to reverse the election results unfairly.

Law and Justice spokesman Radoslaw Fogiel said the party is exercising its right to a recount in districts where the vote was close and where there were many invalid votes. The party filed the request to the Supreme Court on Monday.

Fogiel denied that the party was seeking to reverse the results of the Oct. 13 election.

Grzegorz Schetyna, leader of centrist opposition party Civic Platform, called the recount request a “major scandal,” saying Tuesday he could not be confident that the recount would be handled in a transparent way.

A recount of the vote would include the involvement of a new chamber at the Supreme Court, created by Law and Justice, whose constitutionality has been questioned by Europe’s leading human rights body, the Council of Europe.

Law and Justice won power in 2015 and immediately set about reshaping the judicial system in a way that gives the party greater control over the courts. The European Union has repeatedly warned that the changes threaten rule of law in the young democracy.

Schetyna called for international oversight by the Organization for Security and Cooperation in Europe and met with one of its representatives to seek its involvement.

However, an opposition alliance group that includes Schetyna’s party later also requested a recount in three districts, citing irregularities on the ballots that they said caused confusion among some voters. The group argued that their complaint was based on merit and not an attempt to reverse the election results.

Law and Justice kept control of the more powerful lower house. However, opposition parties won 51 seats in the 100-seat Senate. That would give them the power to slow down the passage of the ruling party’s legislation, but not block it, and to keep Law and Justice from appointing its loyalists to head key state bodies.

The request for the partial vote recount comes after Law and Justice reportedly tried to win over opposition politicians who captured Senate seats in a bid to establish a majority there, but none agreed.

The OSCE, which observed the campaign, said the elections were essentially free and well run, but that the ruling party had an unfair advantage thanks to its control of public media.