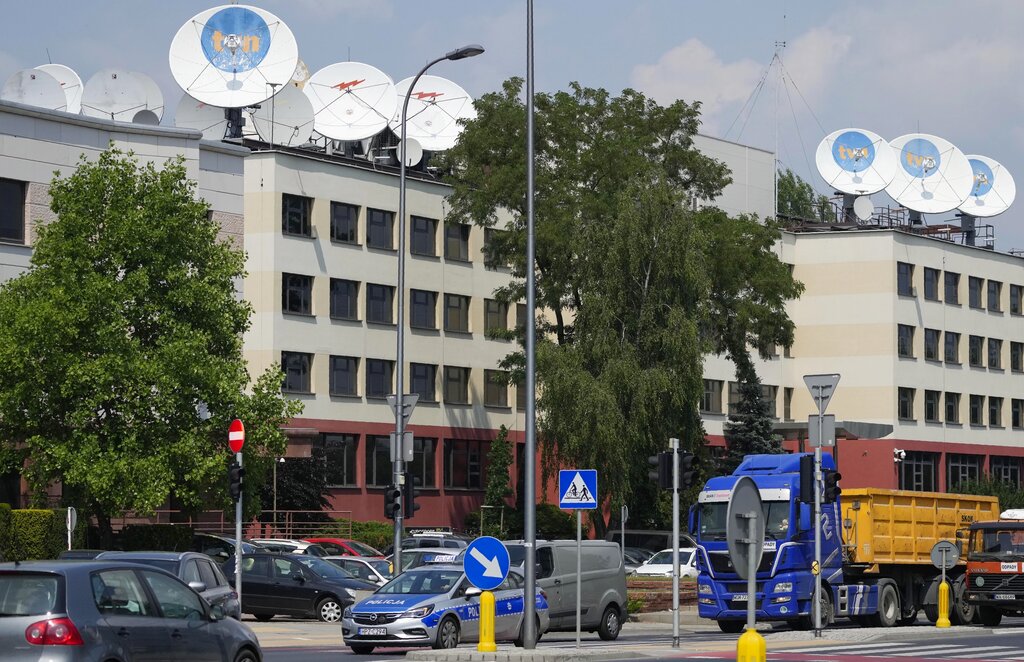 Poland's Senate voted on Thursday to reject a media bill seen as targeting a U.S.-owned television network's ability to keep broadcasting independent news that is often critical of the right-wing government.

However, the Senate has no power to stop the bill altogether, as it will now return to parliament's lower house. If it passes there, it would then go to President Andrzej Duda — who, however, has said he would not sign it into law in its current form.

The bill, which passed parliament's lower house last month, would prevent any non-European entity from owning more than a 49% stake in television or radio broadcasters in Poland.

Its practical effect would be to force Discovery Inc., the U.S. owner of Poland's largest private television network, TVN, to sell its Polish holdings.

The nationalist governing party, Law and Justice, argues that it's a matter of national security to prevent outside bodies from being able to influence public opinion within Poland.

Bogdan Klich, a senator with the opposition party Civic Platform, called the law an "act of war against freedom of speech."

Pavol Szalaj, a representative of the Paris-based press freedom group Reporters Without Borders traveled to Warsaw to urge its rejection, saying to a group of protesters outside the Senate ahead of the vote that press freedom in Poland is under threat. He cited other threats in the past to media diversity and said that the today's target is TVN.

"TVN has been a jewel in the crown of Polish democracy for decades," he said.

Senators in the 100-seat body voted 53-37 against the bill, with three abstentions. When it returns to the Sejm, the lower house of parliament, the vote on the bill will also be a test of whether the ruling party still has a legislative majority following some defections in the governing coalition.

TVN also faces a separate challenge: A refusal to date by the broadcast authority to renew the license for TVN24, the network's all-news station, which expires later this month.

Kasia Kieli, Discovery's president and managing director for Europe, the Middle East and Africa, said that despite the Senate's vote the company is "still concerned about the future of TVN and independent media in Poland as the bill can still be passed by the Sejm and the license for our news channel TVN24 is still not renewed."

Duda, though an ally of Law and Justice, last month called the bill "a controversial solution that is incomprehensible" to the United States, citing the U.S. attitude toward the protection of property and freedom of speech.

Secretary of State Antony Blinken said last month that the U.S. was "deeply troubled" by the proposed legislation.