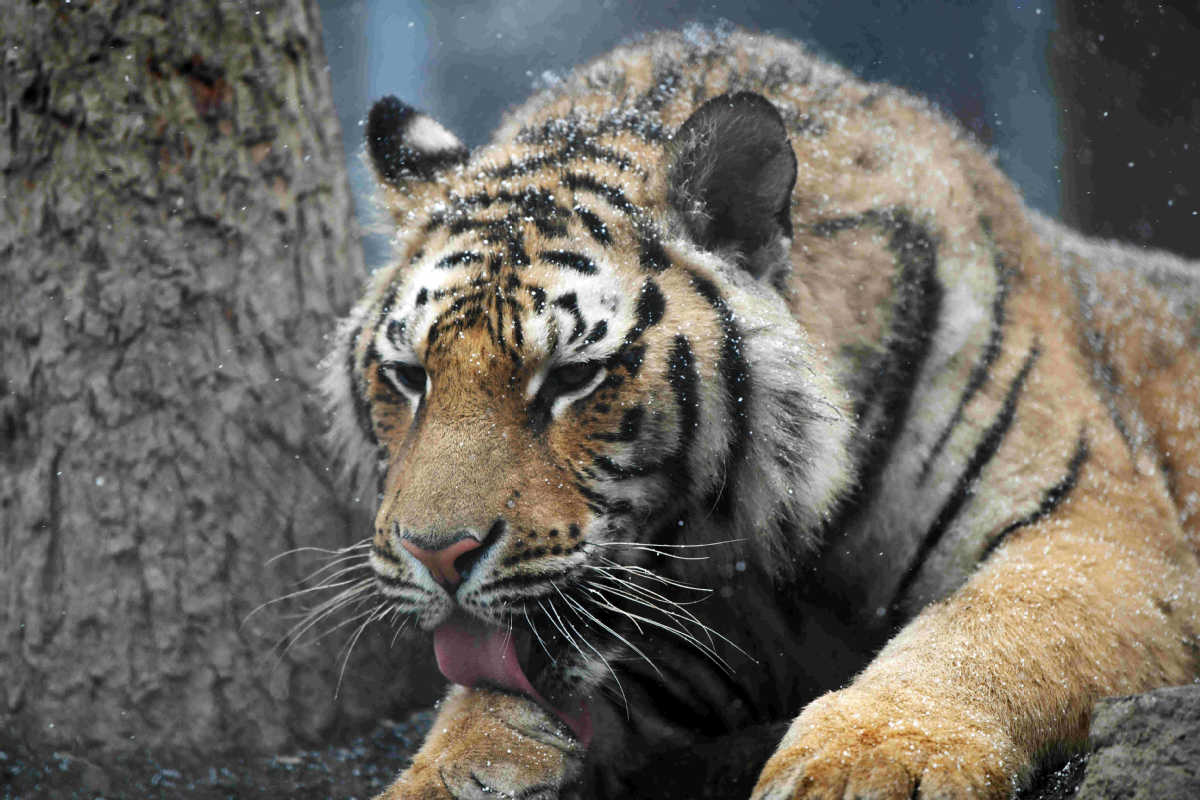 WARSAW, Oct. 31 (Xinhua) -- Nine tigers stuck on the border between Poland and Belarus since Saturday safely arrived at a Poznan zoo on Thursday, where they are being given emergency assistance.

A truck transporting 10 tigers from Italy to Russia was halted last weekend at the border between Poland and Belarus, after Belarusian authorities rejected the entry of the animals into its border because of the lack of necessary health certificates.

One of the tigers died earlier this week. The rest nine reached a zoo in Poznan, a city in western Poland, in the early hours of Thursday. A major operation to release the tigers from the cages took place with zoo workers being assisted by the police.

According to social media posts by the zoo, the tigers were weak when they arrived at the zoo, with dehydrated and stressed symptoms. Zoo workers are currently working to keep the animals alive and restore their health.

Most of the tigers will be hosted temporarily by the zoo, with two of them taken to a mini-zoo in the town of Czluchow in northwestern Poland. A Spanish shelter has also committed to taking some of the animals once their health condition allows them to travel.