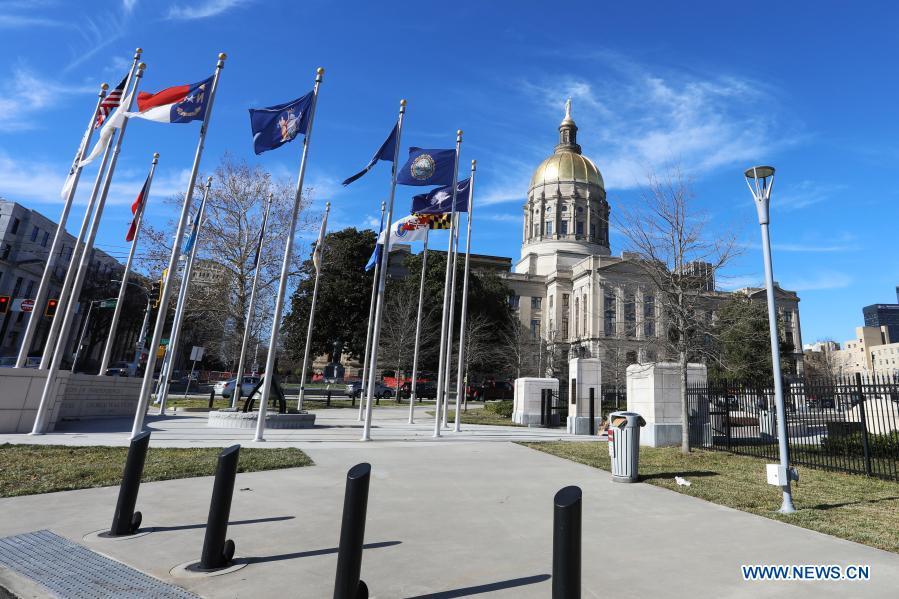 WASHINGTON, Jan. 4 (Xinhua) - Political jitters are creeping up in the United States ahead of two high-stake Senate runoffs in the southeastern state of Georgia, the races that will decide which party controls the upper chamber.

U.S. President-elect Joe Biden and sitting President Donald Trump respectively traveled to Georgia on Monday to rally support for their own party's candidates for the Senate seats.

One of the contests pits Senator David Perdue, a 70-year-old Republican incumbent seeking a second term, against his Democratic challenger Jon Ossoff, a 33-year-old media professional, in a regular election.

In the other race, a special election, Republican Senator Kelly Loeffler, 50, is squaring off against Democrat Raphael Warnock, a 51-year-old pastor at a church in Atlanta, capital of Georgia. Loeffler was appointed to the seat in 2019 after her predecessor retired because of health reasons.

The runoffs, scheduled to take place on Tuesday, will come two months after the candidates' first matchups as part of the elections on Nov. 3, 2020, during which neither of them reached the 50-percent threshold for an outright victory, triggering a second round of voting as required by a state election law in Georgia.

The Senate runoffs, which have together cost nearly 500 million U.S. dollars just in the past two months for advertising, are extremely tight. Ossoff is only 1 percentage point ahead of Perdue, while Warnock has a 1.3 percentage-point advantage over Loeffler, according to the RealClearPolitics polling average.

Democrats need to win both seats to split control of the Senate 50-50. Vice President-elect Kamala Harris will be the tie-breaking vote once she is sworn into office. For Republicans, they need to win at least one seat to maintain their majority.

If Democrats were in the majority, it would be easier to confirm Biden's Cabinet picks and judicial appointments. If Republicans hold onto the seat advantage, they would be able to largely thwart much of the Democrat's agenda.

The United States is "in severe condition" from the COVID-19 pandemic and the economic depression it engendered, Clay Ramsay, a researcher at the Center for International and Security Studies at the University of Maryland, told Xinhua.

"Biden will need to pass emergency bills through most of 2021," he predicted. "A Democratic-led Senate is helpful."

The races in Georgia will also come a day before the new U.S. Congress convenes in a joint session to formally count the electoral votes and certify Biden's victory over Trump in the 2020 presidential election.

A group of Republicans have said they will contest the Electoral College results on that day, a move that has driven a wedge into the party in both chambers of Congress, but their efforts are unlikely to overturn Biden's victory, according to U.S. election pundits and media networks.

Trump hasn't acknowledged defeat and is still pushing for claims of massive election fraud, although dozens of attempts by his legal team and allies to challenge the results in some key states, including Georgia, had been defeated, rejected, or tossed out.

The president's leaked phone call showed that he directly asked election officials of Georgia, a previously traditional Republican stronghold that Biden took by fewer than 12,000 votes, to overturn its election results, which has caused a strong backlash.

A pair of House Democrats on Monday asked Christopher Wray, director of the Federal Bureau of Investigation, to open a criminal probe into the episode, while some of Trump's allies on Capitol Hill have rushed to defend him and sought to downplay the severity.

Calling the phone call a "big uncertainty" for the Georgia Senate runoffs, West said, "That is getting a lot of media play and could complicate GOP ability to do well in suburban areas."

More than 3 million ballots have already been cast in Georgia ahead of Tuesday's elections, according to the state's Voting System Implementation Manager Gabriel Sterling. The number of the ballots cast has smashed previous records set for a runoff election in Georgia. 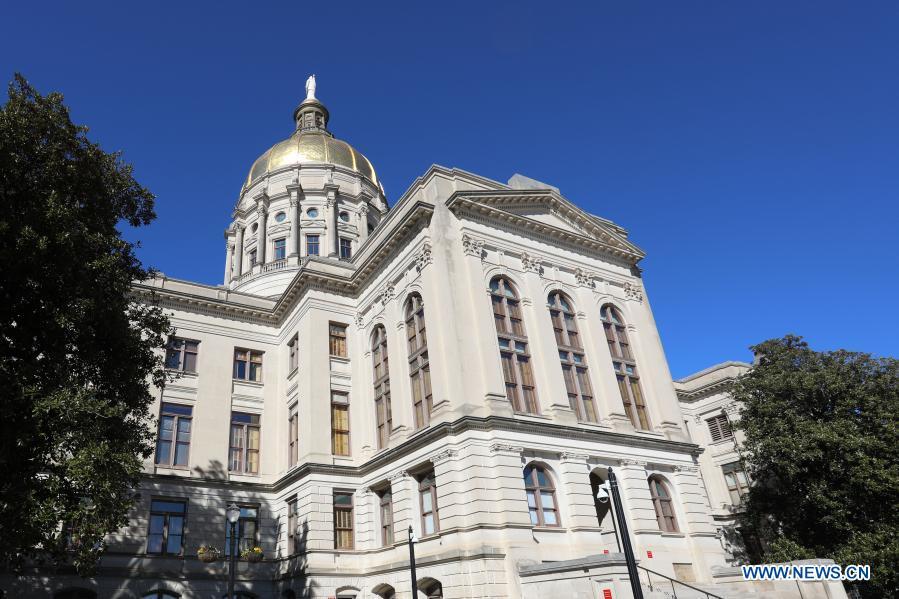