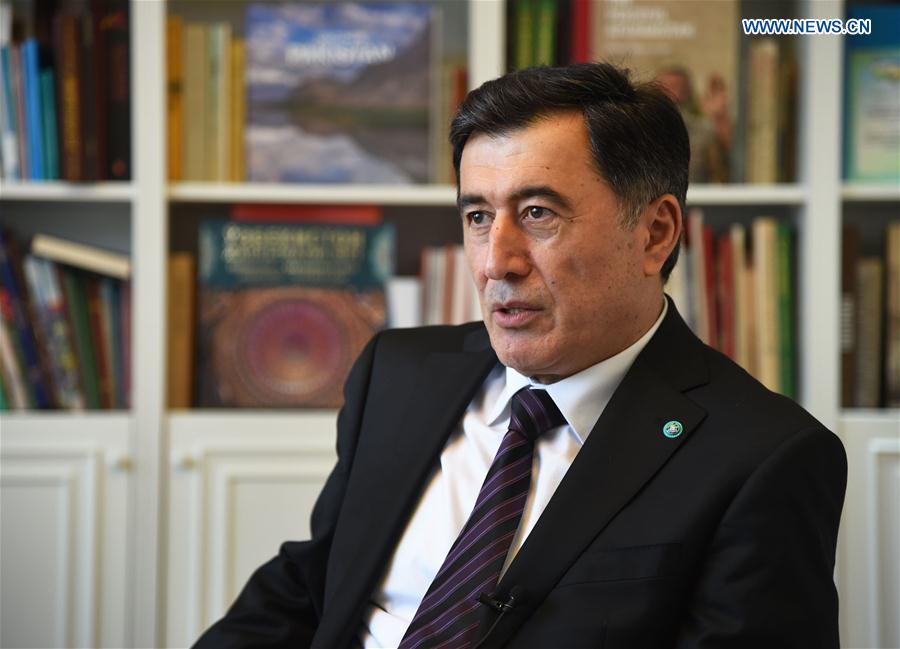 Member states of the Shanghai Cooperation Organization (SCO) will continue to take decisive action together to counter the spread of COVID-19, and politicizing the virus is of no benefit to anyone but the virus itself, said Vladimir Norov, the SCO Secretary General.

In a recent interview with the TASS agency, Norov talked about cooperation between SCO countries in the face of the global pandemic, and about the fact that no state can guarantee its own security by suppressing the coronavirus only on its own territory.

Norov said that since the beginning of the epidemic, the SCO member states have been in close contact with each other at the level of heads of state, heads of ministries and agencies responsible for healthcare and public security, and a raft of measures has been taken to combat the pandemic.

“In order to avoid a widespread outbreak of the virus in many SCO member states, an emergency regime is currently in place, and the headquarters, committees and commissions responsible for the epidemiological situation have been established and are working systematically to mobilize the necessary resources,” Norov said.

He noted that all government institutions, especially those responsible for healthcare, and foreign ministries were mobilized and are working to combat the coronavirus pandemic, and forceful measures have been taken, such as closing educational institutions, restricting the activities of enterprises, shutting down transport and borders, and postponing public and entertainment events.

According to Norov, most SCO member states have adopted anti-crisis packages with measures that define the rights and obligations of citizens in connection with the introduction of the emergency situation, and provide for measures to support public and private enterprises, preserve wages, reduce taxes and provide assistance to the most vulnerable in society.

“It is well understood in our countries that no state will be able to ensure its own security by suppressing the coronavirus only on its territory as long as the disease continues to spread in neighbouring countries,” he said.

Norov spoke highly of the SCO nations’ commitment to mutual support and cooperation in order to jointly overcome this emergency.

“As it is known, in the midst of the epidemic in China, the SCO member states provided assistance to the Chinese government. Currently, China, where the virus has gone down, is providing necessary assistance to the SCO countries by sending humanitarian aid.”

Norov said that as the coronavirus has become a global problem, the efforts of only one or more countries are insufficient.

In this regard, the practical implementation of the proposals and initiatives voiced at the recent meeting of the G20 heads of state is very important, he said.

“In particular, President Xi Jinping's proposal on consolidation of forces to accelerate vaccine development, introduction of drugs and test systems seems important from the point of view of a concrete definition of the most effective treatment and prevention methods.”

He added that the disease was not only causing problems in the sphere of health care, but was also bringing about an economic crisis.

It is important that China's economy has begun to recover, according to Norov. Now more than 90% of China's major industrial enterprises have resumed production, and under the current shortages of medical protective equipment, basic necessities and food, China's powerful production and supply capacity has become even more important, he noted.

The coronavirus, he said, has also shown that major international structures and alliances are not prepared for emergency and crisis situations that require joint action.

“The virus has also affected the global balance of power, but attempts to use the pandemic to increase sinophobia have not been particularly successful,” he noted, adding that he supports the UN Secretary-General's opinion that the cause of the pandemic should be sought after it has been overcome.

Norov stressed that this is a time for unity and solidarity in order to save lives and reduce the devastating social and economic consequences, and politicizing the virus is of no benefit to anyone but the virus itself.

The SCO, he added, will continue consultations on the fight against the coronavirus at a higher level and take decisive action together to counter the spread of the disease.

The senior official firmly believes that SCO countries will “withstand this ordeal with dignity and emerge from the situation with an even stronger spirit and consciousness to build a new future on the basis of their experience”.

According to Norov, no changes have yet been made to the date of the meeting of the Council of Heads of SCO member states in St. Petersburg, currently scheduled to be held in July this year.