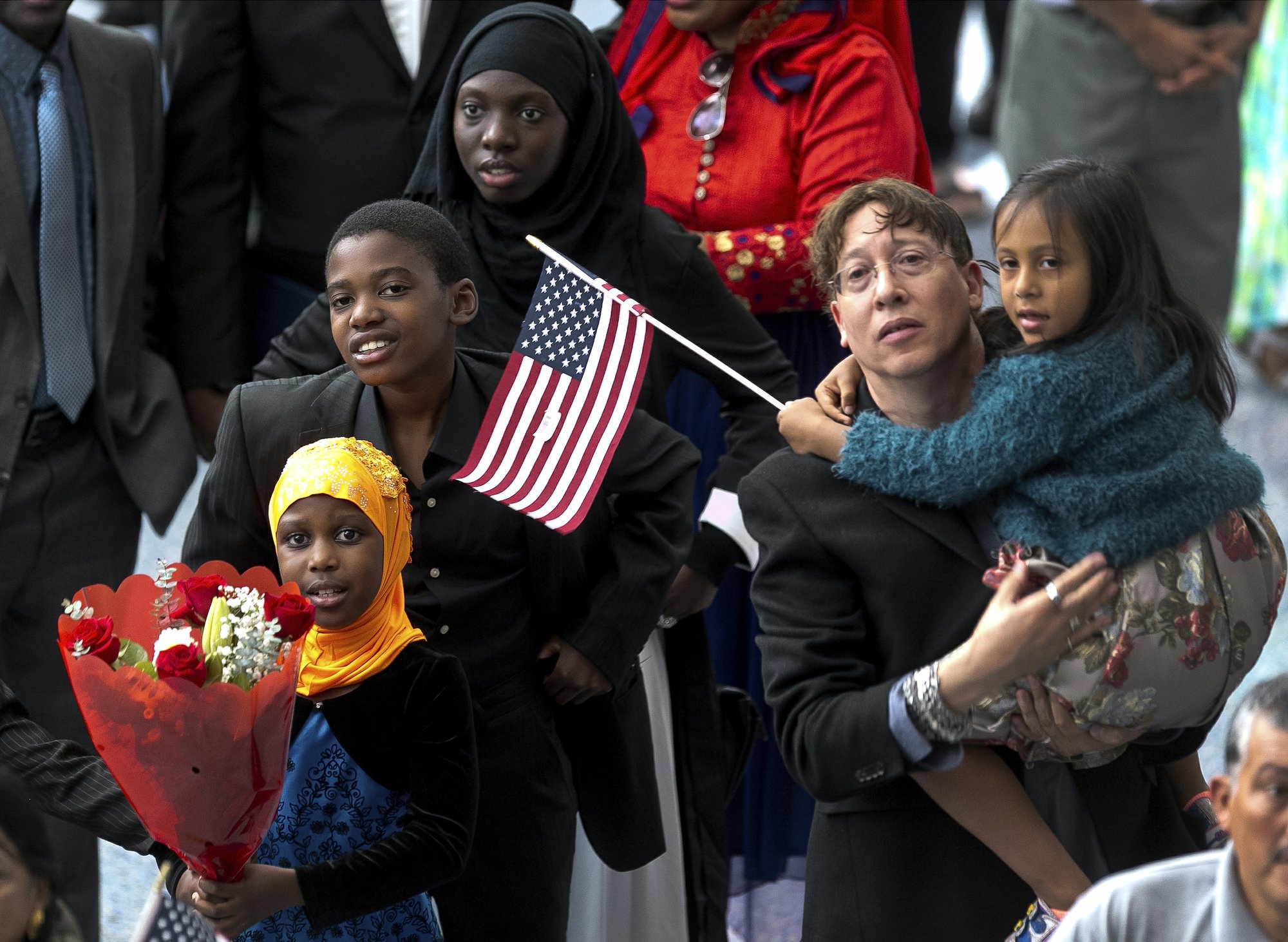 In this Sept. 20, 2017, file photo, family members welcome their relatives as new US citizens after taking the citizenship oath during naturalization ceremonies at a US Citizenship and Immigration Services (USCIS) ceremony in Los Angeles. (Photo: AP)

A growing number of Americans say immigration levels should remain the same or increase, according to a major US survey, a shift that comes as the Trump administration has ramped up immigration enforcement.

At the same time, the latest data from the General Social Survey — a widely respected poll that has measured trends on American attitudes since the 1970s — shows a growing partisan divide on the topic over the past decade.

The 2018 survey was released this week and shows 34 percent of Americans want immigration levels to be reduced, down from 41 percent in 2016, according to an analysis by The AP-NORC Center for Public Affairs Research and GSS staff.

That’s compared with 23 percent of Americans who want more immigration, up from 17 percent in 2016. Forty-one percent say they want immigration levels to stay the same.

It’s the first time since the survey question was first asked in 2004 that more Americans want immigration to remain the same than to be reduced.

The survey is conducted every two years, and the question was last asked before President Donald Trump took office and made it harder for people to immigrate to the United States.

Trump — who made immigration enforcement a centerpiece of his election campaign — has repeatedly called for a wall on the US-Mexico border, and his push for wall funding last year drove the federal government to a monthlong shutdown that furloughed hundreds of thousands of government workers.

The administration enacted a travel ban for citizens of mostly Muslim countries, including Iran and Yemen, that has torn many families apart. And officials last year separated immigrant parents from their children to prosecute illegal border crossers, a move that sparked an international outcry.

“People are more tolerant of immigration than the president and the far right would have us believe,” said Louis DeSipio, a political science professor at the University of California, Irvine.

According to the survey, nearly three times as many Democrats as Republicans want more immigrants allowed into the country, while Republicans are more than twice as likely as Democrats to favor less immigration.

But fewer Republicans want a reduction in immigration than did in 2016. In 2018, 52 percent of Republicans said they wanted less immigration, down from 62 percent two years earlier.

Forty-four percent of Democrats say they want immigration levels to remain the same, while 34 percent want an increase in immigration.

The survey — which does not distinguish between illegal and legal immigration — also looked at Americans’ views on the issue by race. About 41 percent of whites want a decrease in immigration, while only 24 percent of blacks and 22 percent of Hispanics say the same.

Trump has made immigration an intensely political issue, and also an issue of race, said Manuel Pastor, director of the University of Southern California’s Center for the Study of Immigrant Integration.

“Trump is trying to create a Republican Party that’s much more based in an older, white electorate in nonmetropolitan areas of the country,” Pastor said. “The Democrats are trying to put together political coalitions that have a deep base in metropolitan areas, and that includes many more people of color.”