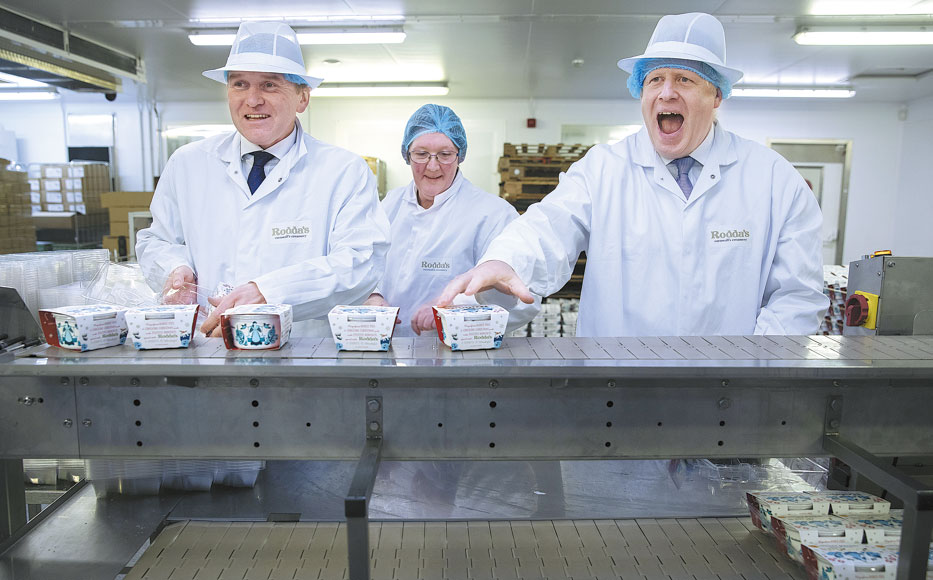 With two weeks to go until polling day in the United Kingdom general election, polling organization You-Gov forecasts that Boris Johnson's Conservative Party is on course for a majority of up to 68 seats.

At the last election in 2017, when YouGov's prediction was closer to the final result than those of many of its rivals, then-prime minister Theresa May saw the majority of 12 she inherited from predecessor David Cameron wiped out, resulting in a hung Parliament. That hampered her attempts to make any political headway on the topic of Britain leaving the European Union, a fate which has also befallen Johnson since he replaced her in July.

With Johnson having called this election to break the legislative logjam on a promise to "Get Brexit Done", indications are that this message and voter dissatisfaction with the main opposition Labour Party, and particularly its leader Jeremy Corbyn, seem to be winning people over.

Johnson and Corbyn are hugely divisive figures among the electorate, but some pundits have suggested that the confident prediction of such a strong majority for the Conservatives - also known as Tories - could end up making the opposite outcome more likely.

Tactical voting is likely to be used more than ever to prevent a Conservative victory, and in some seats, candidates have been withdrawn by their parties to allow another political grouping a better chance of winning.

The issue of Brexit has been a significant contributory factor to this behavior, and the fact that so many young people whose futures were directly affected by the 2016 Brexit referendum are now old enough to vote - many for the first time - has led to a potentially significant surge in voter registration.

The dark cold conditions of a rare December election had been predicted to lead to a low turnout, but in the last 48 hours before registration closed, the official voter registration website reported more than 1 million people signed up to vote, with almost three-quarters of them under the age of 34.

This demographic is statistically more likely to vote for Labour, which would be a welcome boost after the shock of the poll prediction and Corbyn's widely criticized BBC television interview performance earlier in the week.

Corbyn, Liberal Democrats leader Jo Swinson and the Scottish National Party's Nicola Sturgeon have all submitted themselves to demanding high-profile interviews by experienced political journalist Andrew Neil, but so far Johnson has yet to confirm that he will do the same, provoking outrage from opponents, and accusations of cowardice.

The morning after his interview, Corbyn revealed he had a 451-page dossier showing initial talks had taken place with the United States on allowing US businesses post-Brexit access to the country's National Health Service, which offers services free at the point of use. The NHS is one of the country's most fiercely fought over political battlegrounds. Johnson responded that the claim was "nonsense".

The revelation that so many traditional heartland Labour voters may be willing to switch to the Conservatives over the issue of Brexit is likely to lead to a refocus from Labour, as it must retain these seats to have any hope of blocking a Tory majority.

Rather than using proportional representation, which means seats allocated according to the overall share of the vote won nationally, Britain's electoral system is known as first past the post, which means that individual seats are decided by the number of votes cast in that area.

This has resulted in a political system largely dominated by the Conservative and Labour parties. In 2015, the Conservatives polled 13.6 million votes and won 381 seats, Labour polled 12.8 million and received 262 seats, and the Liberal Democrats received the third-highest total of any party, with 2.3 million votes, but won just 12 seats.