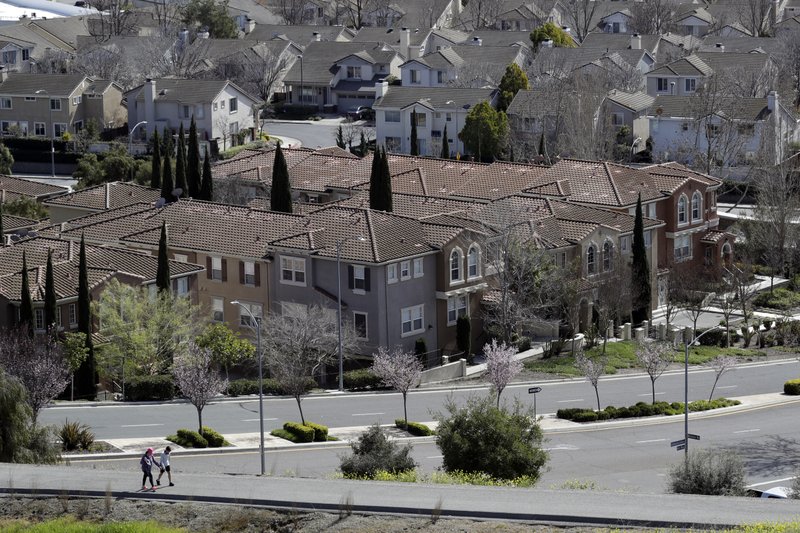 But it’s not that simple. It turns out that these places in-between may be the most politically polarized of all — and when figuring out the partisan leanings of people living in the suburbs, where they came from makes a difference.

Fewer suburbanites describe themselves as politically independent than do residents of the nation’s urban and rural areas, according to a survey released Tuesday by the University of Chicago Harris School for Public Policy and The Associated Press-NORC Center for Public Affairs Research. The poll also found that the partisan leanings of suburban residents are closely linked to whether they have previously lived in a city.

“In the last decade, particularly in the past five years, I’ve felt a shift in having some liberal neighbors,” said Nancy Wieman, 63, a registered Republican and staunch conservative who has lived in suburban Jefferson County outside of Denver her entire life. “The ones who are markedly liberal have moved from Denver or other cities.”

Kevin Keelan moved from Denver to the sprawling suburbs of Jefferson County 16 years ago. Once a political independent, the 49-year-old registered as a Democrat a few years ago.

“Now it’s not even an option. I’d vote Democratic or independent, but there’s no way I can vote Republican anymore,” Keelan said. “It’s just being more open-minded, and I’d be that way if I was living here or in a loft downtown.”

Jefferson County is a cluster of subdivisions and strip malls huddled under the Rocky Mountain foothills. Once a right-leaning county, it has been reshaped by an influx of transplants from coastal, urban states. It now leans Democratic: The party swept countywide offices and won most of the state legislative districts there in 2018, and Hillary Clinton won the county by 7 percentage points in 2016.

Yet under that surface, election results from 2016 show it is a deeply polarized place. In 118 precincts in Jefferson County, one of the candidates won by more than 10 points. Clinton won 60 precincts and Trump 58.

“The chasm between the two sides is greater than ever,” said Libby Szabo, a Republican county commissioner. “It’s harder at this point, because the ideals are so different, to even change parties.”

The UChicago Harris/AP-NORC poll points to how that split between urban and rural America echoes through the suburbs.

About two-thirds of city dwellers say that legal immigration is a net benefit to the United States, much as the 7 in 10 former city residents now living in the suburbs who say the same. A smaller majority of suburbanites who have never lived in cities, 58 percent, and half of rural residents think the benefits of legal immigration outweigh the risks.

Urban residents are somewhat more likely than rural residents to think the US should be active in world affairs, 37 percent to 24 percent. That mirrors the split between suburbanites who used to live in cities and those who never have: 32 percent of the former favor an active US role, compared with 23 percent of the latter.

About 6 in 10 urban residents and ex-urban suburbanites say that the way things are going in the US will worsen this year, while less than half of rural residents or suburbanites with no city experience believe the same.

S.A. Campbell is a general contractor who lives in the Kansas City suburbs of Johnson County, Kansas, which swung toward the Democrats in 2018 as it replaced a four-term Republican congressman with a Democratic woman who is an openly gay Native American. It is often compared to Jefferson County, with its highly educated population, high-quality schools and influx of previous city dwellers.

Campbell, 60, said his childhood in Kansas City is part of what made him a supporter of Democrats; his parents were both teachers active in their union, and his mother was a supporter of Planned Parenthood.

“When you’ve been raised in a certain fashion, your view of the world is more open than if you grew up in a household that wasn’t that,” he said.

Greg Stern, the newly elected clerk in Jefferson County, has lived in New York City and spent parts of his childhood on a remote Colorado ranch. He sees partisan attitudes hardening in the suburbs much as they have in urban and rural parts of the country.

But, he said, there’s a key difference: While there may be fewer independents in the suburbs, the mixture of loyal Democrats and Republicans found there means it’s still a place for both sides.