LONDON, July 26 (Xinhua) -- Median predictions from a Reuters poll of economists in July showed a 40-percent likelihood of a U.S. recession over the coming year, up from 25 percent in June, the news agency has said. 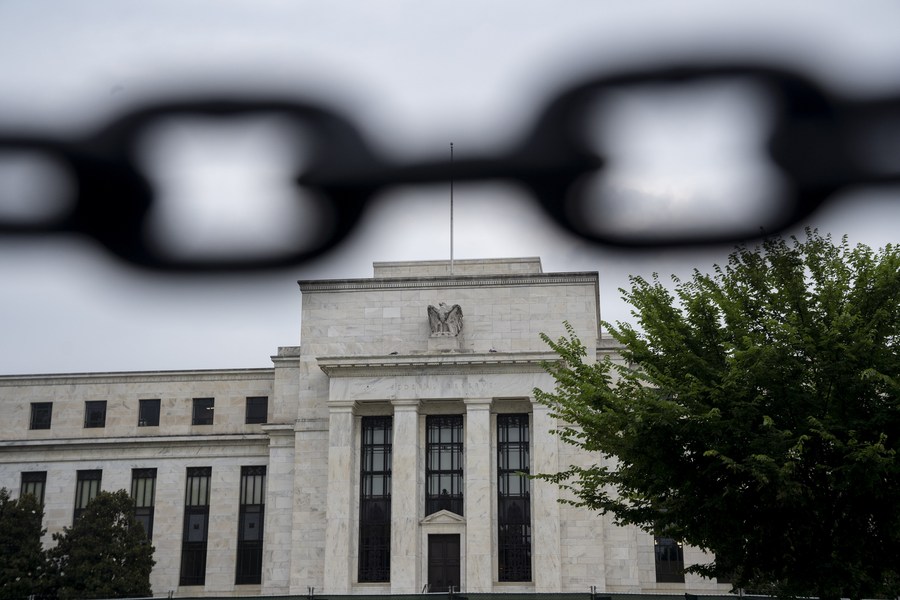 The likelihood of a U.S. recession within two years stood at 50 percent, also seeing a large increase from the 40 percent in the previous month, Reuters reported Thursday.

The Federal Reserve is expected to deliver another sizable rate hike when concluding its two-day policy meeting Wednesday. Following that, the country's gross domestic product (GDP) for the second quarter would be released.

Economic growth forecasts "were downgraded across the board," Reuters said. After the U.S. economy saw a decline in the first quarter, more than one in five interviewees in July predicted another contraction for the second quarter.

Also on Thursday, Reuters said that in the week ended July 16, the number of Americans enrolling for unemployment benefits rose for a third straight week to the highest in eight months, which was "likely to further fan fears of a recession."