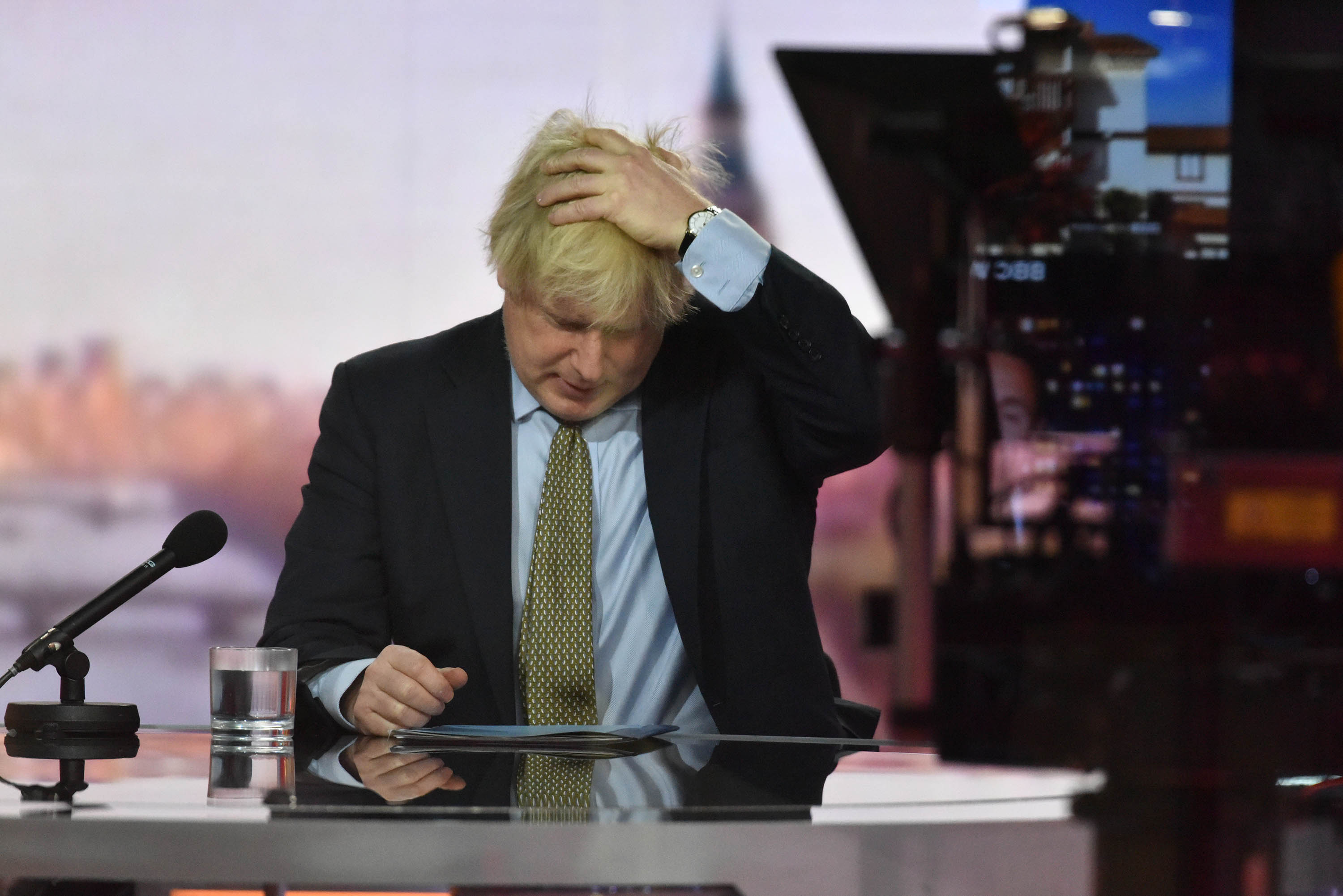 Neither of the United Kingdom's main political parties would win an outright majority if a general election were immediately held, a poll has suggested.

The survey was carried out during a turbulent four-week period last month, when Christmas was canceled for millions of families to combat the spread of the novel coronavirus and as the country braced for the possibility of leaving the European Union without a trade deal in place.

According to the insight, the governing Conservatives would lose 81 seats in a vote, which would wipe out the 80-seat majority the party secured in the December 2019 election.

More than 22,000 people were surveyed in the poll, which forecast that the opposition Labour Party would also not able to secure a majority, despite increasing their share of the vote.

The Conservatives would take 284 seats, while Labour would win 282, an increase of 82. That would include 41 seats in the north of England, Midlands and Wales that voted Labour in 2017 before switching to Conservative in 2019.

The poll even predicted that Prime Minister Boris Johnson would be in danger of losing his own constituency seat of Uxbridge, west of London.

The Scottish National Party, or SNP, which seeks to separate from the UK, is predicted to win 57 of the 59 seats in Scotland, meaning it would have influence on what a new government would look like. The Liberal Democrats would fall to just two seats in Parliament, down from 11 won in the last general election.

Although the next election is not due until 2024, the results of the closely watched survey, conducted by research data company Focaldata and published in the Sunday Times, will be a cause of serious concern for the Conservatives.

The government's response to the coronavirus pandemic, which has already killed more than 74,000 people in the UK and crushed the economy, has caused dismay among the British public toward the government.

Justin Ibbett, founder of Focaldata, said: "One year on from their stunning general election triumph, it is clear that the Conservatives already have a lot of work to do if they are to replicate their 2019 success in future elections.

"The SNP would appear to be the real winners. Not only do they win all but two Scottish constituencies, but the most likely outcome is a Labour-SNP coalition government, which would have an overall majority of just over 20 seats."