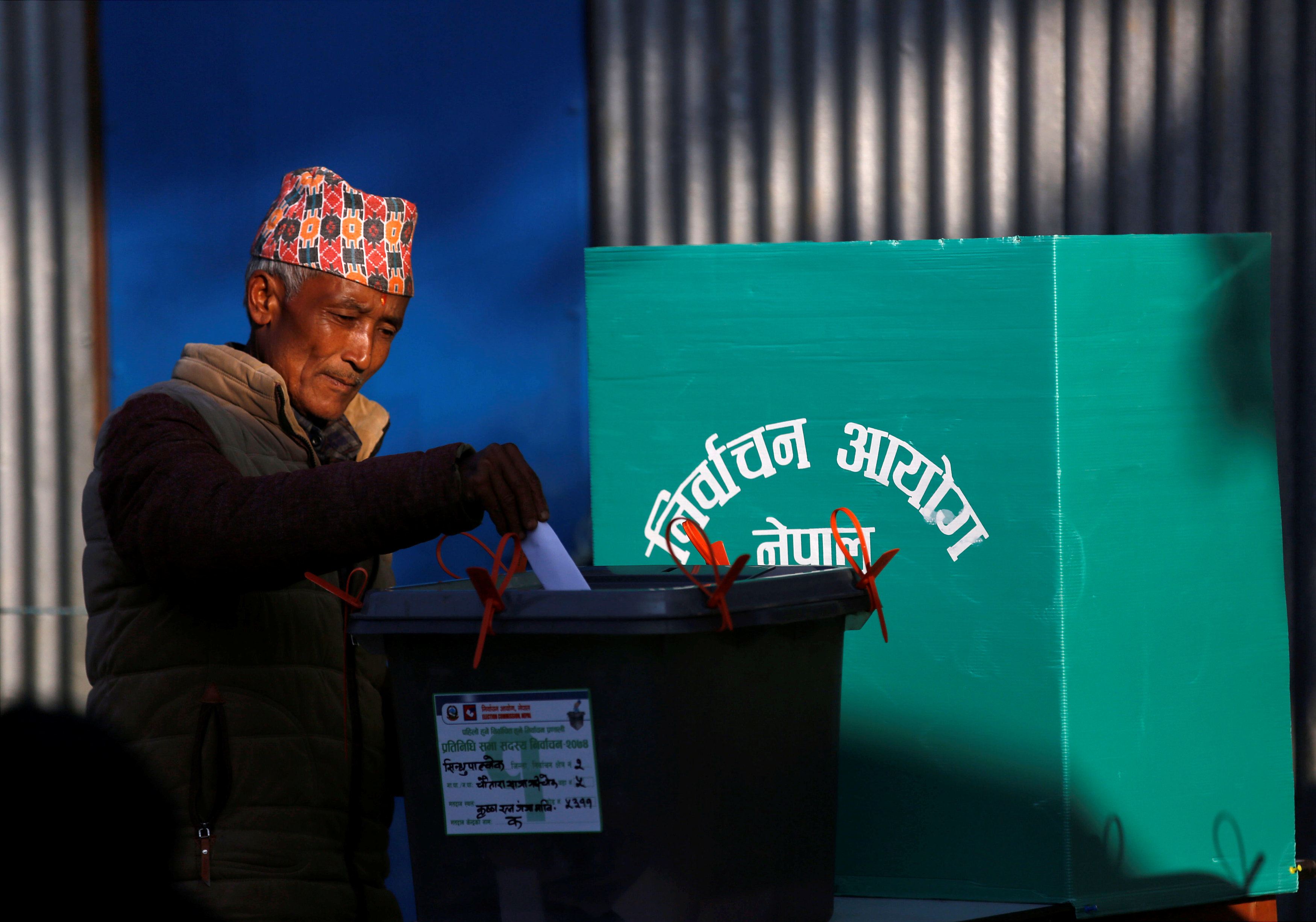 A man casts his vote in a ballot box during the parliamentary and provincial elections at Chautara in Sindhupalchok District November 26. (Photo: Reuters)

Voting began to elect Nepal's parliament and the provincial assemblies on Sunday in the country's northern 32 mountainous and hilly districts in the first phase.

Another round of elections will take place on Dec. 7 in the remaining 45 districts of southern plain and hilly districts.

Despite a number of bomb blasts targeting the candidates and their campaigns in the run-up to the elections, Nepal's Election Commission (EC) said the voting is taking place peacefully in all districts where polls are being held with exciting participation of voters.

"There is no report of disturbances in polls in the early hours of voting," EC spokesperson Navaraj Dhakal told Xinhua.

Nepal's Home Ministry on Saturday said "effective and reliable" security has been arranged for the polls, urging voters to participate in the elections without fear.

These elections are taking place to elect the federal legislatures at central and provincial levels as envisioned by the Nepal's new constitution promulgated in September 2015.

The Himalayan country had earlier held local elections as first step toward implementing the new constitution.

"Elections for federal parliament and provincial assembly are important step towards implementing the constitution which was promulgated by the Constituent Assembly for the first time in Nepal's history," Lokraj Baral, a political scientist, said on Sunday.

Nepal is holding the two elections together because of constitutional provision under which all polls will have to be concluded by Jan. 21, 2018.