WORLD Pompeo acknowledges he listened in on Trump’s Ukraine call

Pompeo acknowledges he listened in on Trump’s Ukraine call 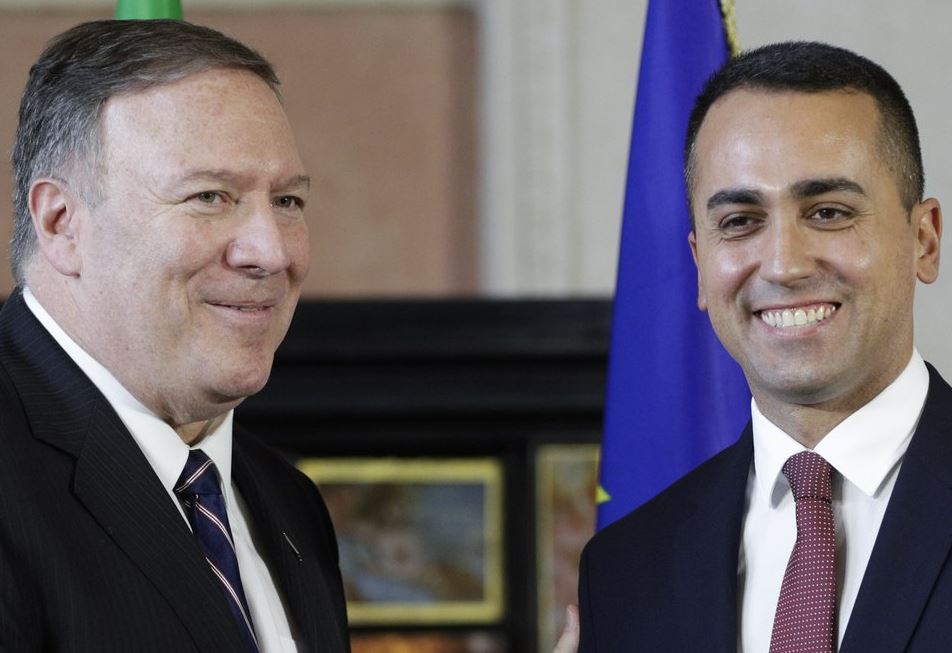 “I was on the phone call,” Pompeo said at a joint news conference in Rome with his Italian counterpart, a disclosure that puts a spotlight on his previous attempts to distance himself from the call at the center of the impeachment inquiry, in which the State Department prominently figures.

The top US diplomat didn’t say whether he thought the contents of the July 25 call were inappropriate or whether he believed they warranted the complaint of an intelligence community whistleblower whose complaint triggered the impeachment probe.

“The phone call was in the context of ... what the American policy is with respect to Ukraine,” he said. “It’s been remarkably consistent, and we will continue to try to drive those set of outcomes.”

“It was about helping the Ukrainians get graft out and corruption outside of their government and to help now this new government in the Ukraine build a successful, thriving economy,” he said.

In a Sept. 22 interview with ABC News, Pompeo deflected questions about his involvement. Asked then “what do you know” about the conversations between Trump and the president of Ukraine, Pompeo said he hadn’t seen the whistleblower complaint and went on to talk about how the US has provided military support to the government of Ukraine in its fight with Russia-backed separatists.

Pressed by the ABC interviewer to respond to Trump’s defense of the conversation with Zelenskiy, the secretary again sidestepped the issue by saying the Ukrainian government had issued a statement saying no pressure was applied during the conversation. Pompeo then went on to say it would be inappropriate to release a transcript.

Three days later, the White House released a rough transcript of the call confirming that Trump had in fact pressed the government of Ukraine to investigate Biden’s son Hunter.

Then Pompeo’s motorcade careered through the streets of Rome to the Coliseum, where he and his wife were given a semi-private tour in an area closed off to the public but visible to throngs of tourists lining the upper decks of the amphitheater.

Pompeo is under increasing scrutiny from House Democrats leading the impeachment inquiry against Trump. On Tuesday, he pushed back on House demands for interviews with State Department officials about the administration’s dealings with Ukraine that are at the center of the inquiry.

Pompeo defended his response to the House committee chairmen, who have suggested that Pompeo’s participation in the Trump-Zelenskiy call should require him to recuse himself from decisions on how to deal with Congress.

Pompeo asserted that House investigators contacted “State Department employees directly” and told them not to contact State Department lawyers for advice. He said the State Department would “do our constitutional duty to cooperate” with Congress but wouldn’t tolerate “bullying and intimidation.”

“We will of course do our constitutional duty to cooperate with this co-equal branch, but we are going to do so in a way that is consistent with the fundamental values of the American system,” Pompeo said. “And we won’t tolerate folks on Capitol Hill bullying and intimidating State Department employees. That’s unacceptable, and it’s not something that I’m going to permit to happen.”

Earlier Wednesday, Pompeo criticized governments that wield absolute power as threats to religious freedom, telling a conference at the Vatican on human dignity and faith that when governments hold all the power, religion is a threat.