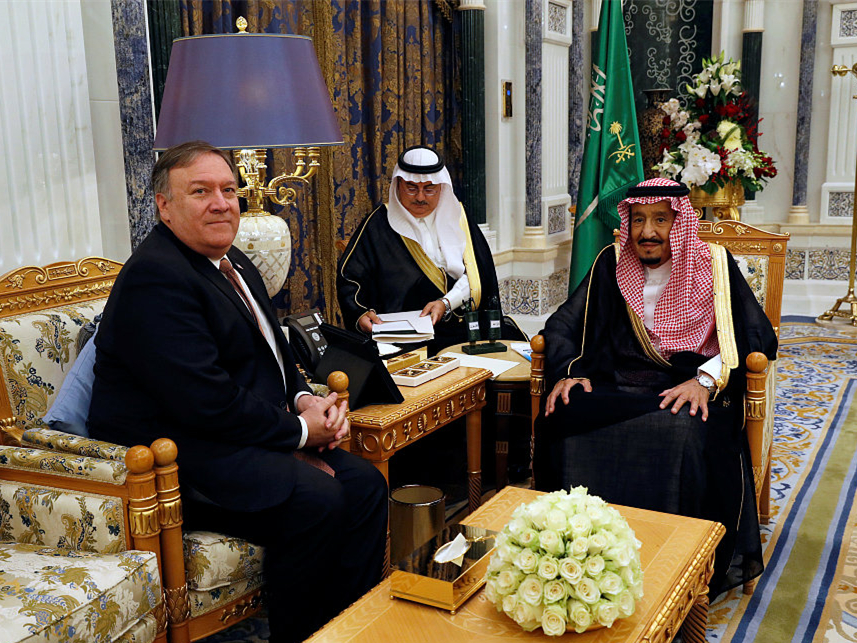 According to the U.S. State Department, Pompeo would travel to Turkey after his current visit to Saudi.

Pompeo is expected to discuss the case of the Saudi national journalist Jamal Khashoggi, who has been missing since Oct. 2 after entering the Saudi consulate in Turkey.

His disappearance attracted negative criticism against Saudi with claims that he might be killed or arrested, which was denied by the kingdom as "baseless."