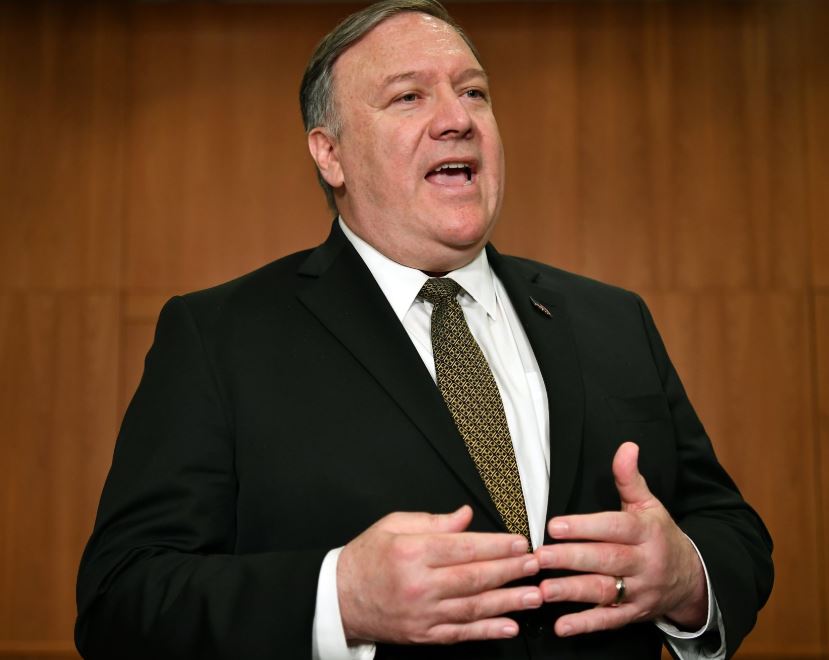 BERLIN, May 7 (Xinhua) -- The US Secretary of State Mike Pompeo called off his visit to Berlin due to "pressing issues", the US Embassy in Berlin said on Tuesday.

"Unfortunately, we must reschedule the Berlin meetings due to pressing issues. We look forward to rescheduling this important set of meetings. The secretary looks forward to being in Berlin soon," said a statement.

During his trip in Germany, Pompeo had planned to meet German Chancellor Angela Merkel and Foreign Minister Heiko Maas. Topics including Ukraine, Venezuela, Iran and Syria were to be discussed, according to Deutsche Presse Agentur.

Maas confirmed the cancellation, adding he has made telephone call with Pompeo and showed understanding.

"We need the tight wire to Washington. We have vital interest in cooperating on the urgent international issues closely with the Americans and representing the EU position," Maas said.

Some local media said that the call-off might be a sign of the tense ties between Berlin and Washington, as the two countries were recently at odds on several issues, like the construction of Nord Stream 2 gas pipeline and the sanctions against Iran.

Germany has been facing pressure over its support for the Nord Stream 2 gas pipeline as the US claimed it will increase Europe's dependence on Russian gas.

Last week, the German government, along with EU, UK and France, issued a joint statement, expressing concerns over the US decision to scrap sanction waivers for oil imports from Iran.

Maas dismissed the speculations, saying "it is good to have Mike Pompeo in foreign office, so that we can discuss on these issues."

Pompeo started his European tour on Monday attending an Arctic Council meeting in Finland, where he also had talks with Russian Foreign Minister Sergei Lavrov. Pompeo is scheduled to travel to the UK on Wednesday.