And in a key development, a potential second whistleblower was reportedly weighing whether to come forward. 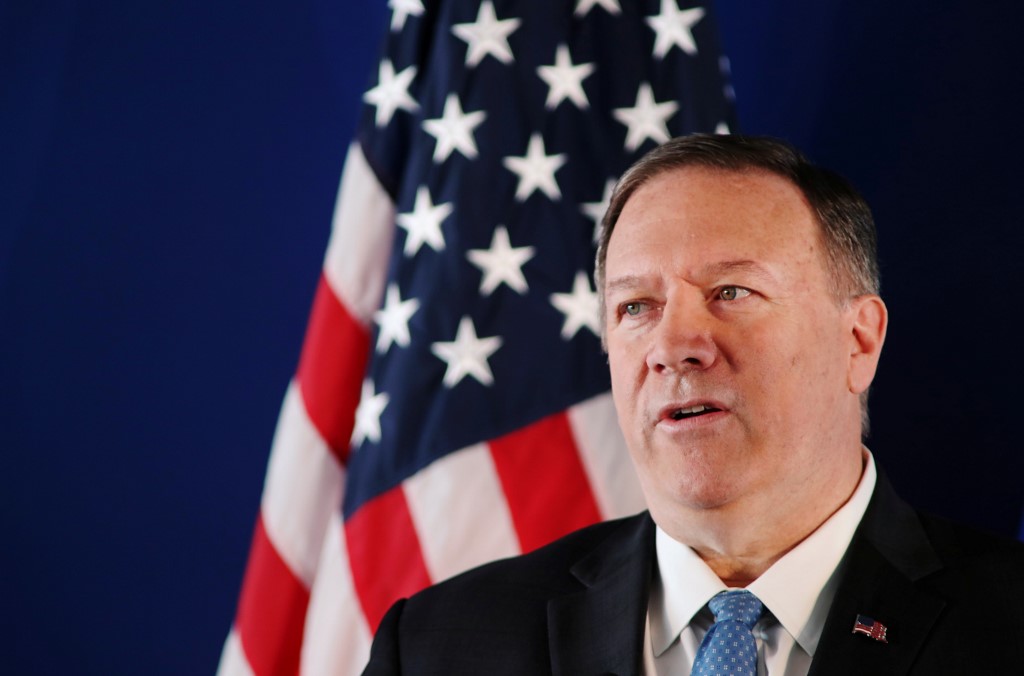 The latest explosive turns in the impeachment investigation against Trump came as Secretary of State Mike Pompeo accused Democratic-led congressional committees leading the probe of having "harassed and abused" State Department employees by contacting them directly for documents rather than going through department lawyers.

"That's harassment," Pompeo said during a visit to Athens, "and I'm never going to let that happen to my team."

He called the impeachment saga "some silly gotcha game," saying the matter distracts from important issues like improving lives and growing economies.

The House committees issued their subpoenas as evidence mounted that Trump abused his powers by attempting to withhold US military aid to pressure Ukraine President Volodymyr Zelensky into seeking damaging information on 2020 Democratic rival Joe Biden.

The investigations were touched off by reports that an original whistleblower -- reportedly a CIA analyst -- had filed a formal complaint to the intelligence community inspector general about Trump's alleged pressuring of Zelensky.

'This is a fraud'

Trump and his supporters have aggressively attacked that still-anonymous whistleblower -- Trump denounced the person as "close to a spy" and a Democrat operating with second-hand information.

In a tweet early Saturday, Trump said that "the so-called Whistleblower's account of my perfect phone call is 'way off,' not even close... This is a fraud against the American people!"

But if a second whistleblower emerges, and if that person has more direct information about the events in question, as The New York Times reported late Friday, the allegations would become more difficult to shrug off.

The Times said the second official was among those interviewed by inspector general Michael Atkinson about the allegations lodged by the original whistleblower.

The newspaper, citing two people briefed on the matter, said the second official was still pondering whether to lodge a formal complaint.

Congressional investigators led by House Intelligence Committee chairman Adam Schiff have promised a quick and expeditious inquiry, but said Friday that the White House was not cooperating.

"The White House has refused to engage with -- or even respond to -- multiple requests for documents," said a letter signed by the chairmen of the House oversight, intelligence and foreign affairs committees.

"His actions have left us with no choice but to issue this subpoena."

In their letter to acting White House Chief of Staff Mick Mulvaney, the committees demanded that he turn over the requested files by October 18.

Pompeo -- who recently acknowledged having listened in on a key Trump-Zelensky phone call on July 25 -- failed to meet a Friday subpoena deadline to turn over Ukraine-related documents, CNN reported, citing a House foreign affairs committee aide.

Meanwhile, a series of text messages between US diplomats dealing with Ukraine, made public by the congressional investigators, supported Democratic accusations that Trump had illegally sought foreign help for his reelection effort.

The text messages showed that some US diplomats had doubts about Trump's pressure on Zelensky, including allegedly freezing a $400 million military aid package.

Trump pushed back hard, saying there was no quid pro quo, and in an effort to recast the entire saga, insisting it was his responsibility to investigate "corruption."

"I don't care about Biden's campaign but I care about corruption," he told reporters.

Biden, the former US vice president, responded by calling Trump "the most corrupt president we've had in modern history."

Trump has alleged that Biden's son Hunter earned "millions" from sitting on the board of directors of a Ukraine tycoon's gas company.

But no evidence has surfaced showing wrongdoing by either Biden.

As Democrats raised their attacks on Trump, many Republicans remained quietly supportive of the president.

Breaking with the pack, Senator Mitt Romney, the Republican presidential nominee in 2012, blasted Trump after the US leader called on Thursday for Beijing and Kiev to investigate Biden, calling the remarks "wrong and appalling."

Trump attacked Romney on Saturday in a series of tweets.

"I'm hearing that the Great People of Utah are considering their vote for their Pompous Senator, Mitt Romney, to be a big mistake. I agree!" one of Trump's posts said.

"He is a fool who is playing right into the hands of the Do Nothing Democrats!"