Pompeo hints little progress made with Russia over INF Treaty 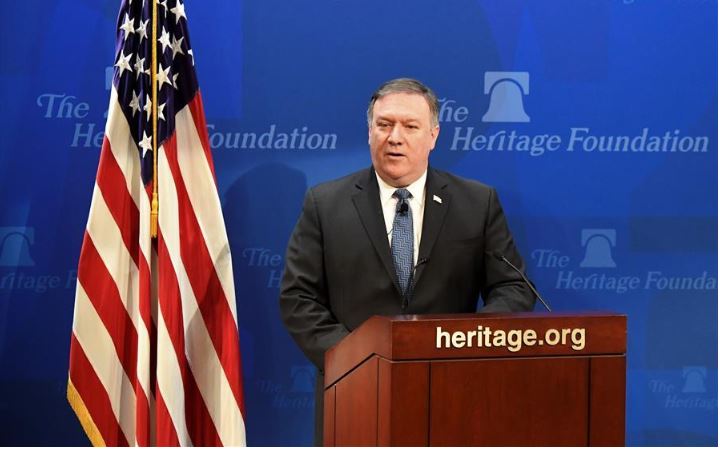 WASHINGTON, Jan. 3 (Xinhua) -- US Secretary of State Mike Pompeo hinted on Thursday that little progress has been made so far in talks with Russia over the Intermediate-range Nuclear Forces (INF) Treaty as the clock is ticking toward the deadline set by Washington to walk away from the landmark pact.

"We're now almost exactly 30 days from the deadline which we provided. And unfortunately, the Russians have made no effort to comply with the treaty any more than they did for the previous four or five years," claimed Pompeo in an interview with US news media Newsmax.

"We're going to continue to talk with them to try and urge them to return to treaty compliance," Pompeo said.

In early December, the top US diplomat said that the United States would suspend its obligations under the INF Treaty in 60 days unless Russia returns to full compliance with the agreement. Moscow has repeatedly denied that it has violated the treaty.

Russian President Vladimir Putin warned in late December against a collapse of the international arms deterrence system, which could aggravate the threat of a global nuclear catastrophe.

The INF Treaty was signed in 1987 between the Soviet Union and the United States on the elimination of intermediate-range and shorter-range missiles. The deal marked the first-ever pact reached by Washington and Moscow on nuclear disarmament and a major step forward in restricting arms race.

However, the two sides have been accusing each other of violating the arms control agreement in recent years amid increasing tensions.