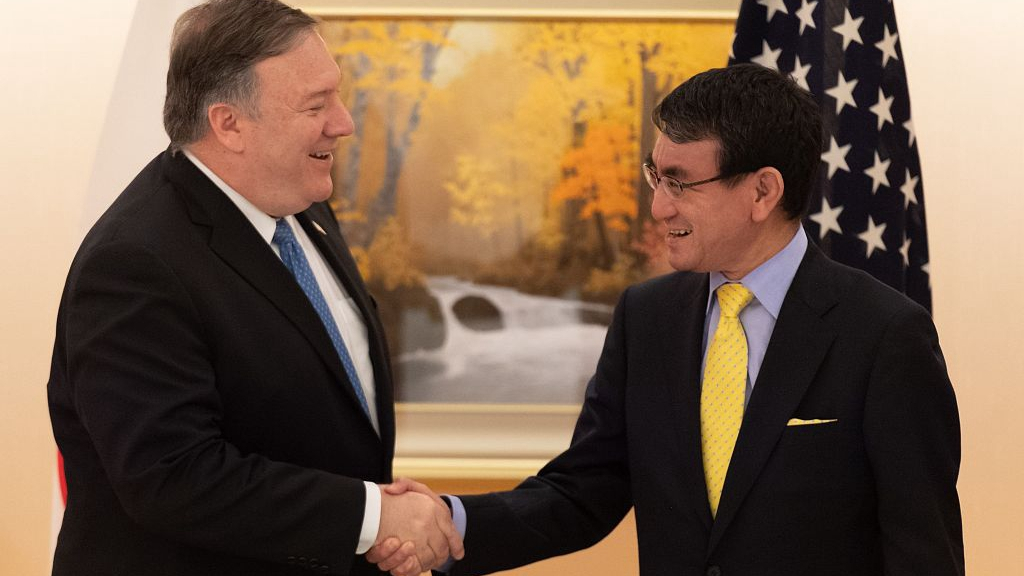 WASHINGTON, Feb. 22 (Xinhua) -- US State Department said Friday that Secretary of State Mike Pompeo and his Japanese counterpart discussed the next-step engagement with the Democratic People's Republic of Korea (DPRK) over phone.

Pompeo and Japanese Foreign Minister Taro Kono on Thursday reaffirmed their shared commitment to the final, fully verified denuclearization of the DPRK, the State Department said in a statement.

The two also committed to strengthening trilateral cooperation with the Republic of Korea on a unified approach toward the DPRK, according to the statement.

The White House said Wednesday that the two leaders committed to coordinating closely in advance of the US-DPRK upcoming Hanoi summit.

Trump announced on Feb. 8 that his second meeting with DPRK top leader Kim Jong Un would take place in Hanoi of Vietnam on Feb. 27-28.