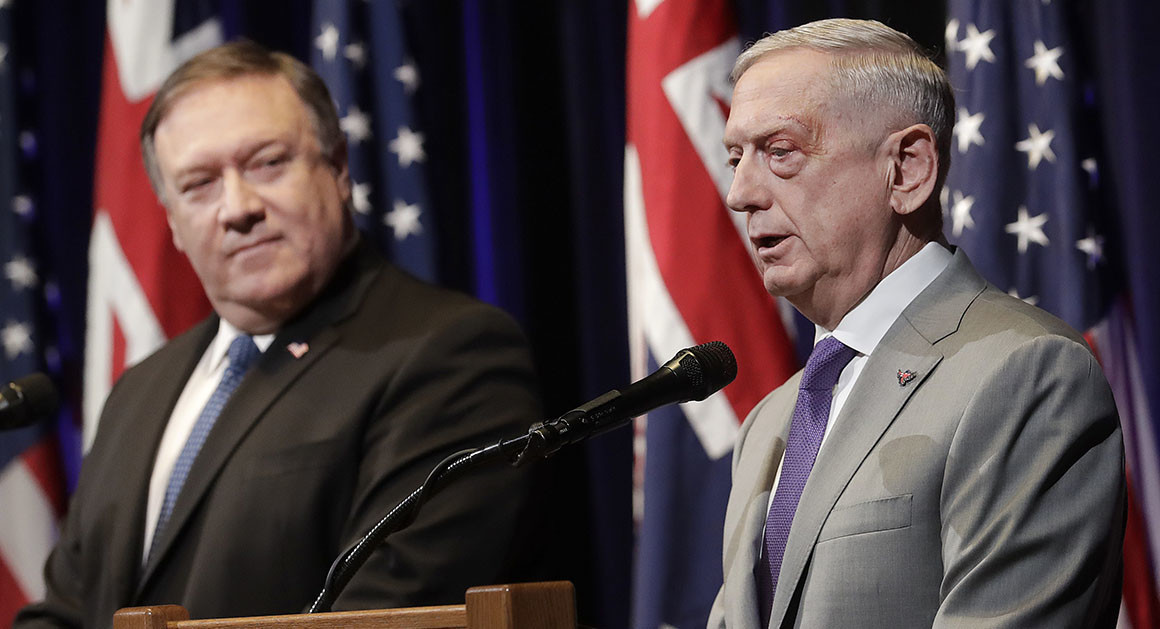 WASHINGTON, Nov. 28 (Xinhua) -- U.S. Secretaries of State and Defense, Mike Pompeo and James Mattis, on Wednesday tried to convince the U.S. Senate that the U.S. alliance with Saudi Arabia is worthy despite the kingdom's alleged involvement in the tragic death of Saudi journalist Jamal Khashoggi and heavy civilian casualties in Yemen.

However, the statements of the two senior officials have so far seemed not enough to appease the Congress rage about Khashoggi's death and the situation in Yemen.

As U.S. media reported that the Senate was to vote later Wednesday on ending U.S. assistance for the Yemen conflict, the closed-door defense of Pompeo and Mattis have widely been seen as key to bridging the gap between the Trump administration and the Congress, when senators of the two parties have grown increasingly over Saudi Arabia's allegedly inconsistent responses to its role in Khashoggi's death and Yemen's casualties, and threatened to take more actions to punish Riyadh.

Pompeo reportedly said in the briefing that Saudi crown prince had not been proved to be directly involved in the death of Khashoggi, and the war in Yemen would be "a hell of a lot worse" if the United States was not involved in.

For his part, Mattis said in prepared remarks that "I must note we are seldom free to work with unblemished partners."

"Long-standing relationships guide but do not blind us," he said, explaining that Saudi Arabia, due to geography and the Iranian threat, is fundamental to maintaining regional and Israeli security, and to U.S. interests in Mid-East stability.

The Trump administration has also tried to play down the alleged direct involvement of Saudi crown prince in the death of Khashoggi.

Pompeo told reporters after the briefing that "I do believe I've read every piece of intelligence ...there is no direct reporting connecting the crown prince to the order to murder Jamal Khashoggi. And that's all I can say in an unclassified setting."

However, Republican Senator Bob Corker, chairing the Senate Foreign Relations Committee, said after the briefing that "I don't think there's anybody in the room that doesn't believe he was responsible," noting the Saudi leader is "out of control."

As CIA Director Gina Haspel, who had visited Turkey for Khashoggi's case and is widely seen as the key U.S. official that may know the truth, did not attend the briefing. The Trump administration seemed to have failed to persuade the Congress from taking more actions to punish Saudi Arabia.

The Guardian reported earlier on Tuesday that the White House is preventing the CIA director, Gina Haspel, or any other intelligence official, from briefing the Senate on the death of Khashoggi. When asked to confirm the report, Pompeo dodged the question, only said that "I was asked to be here and here I am."

Such an attitude has obviously failed to satisfy the Congress. While Democratic Senator Bob Menendez blamed the Trump administration for attempting to "stonewall" the Senate and called the absence of an intelligence official "outrageous," Corker also said he was disappointed Haspel was not present at the briefing.

After the briefing, several senators noted that they were unsatisfied and may support the resolution to stop U.S. support for Saudi Arabia in the Yemen conflict.

Other lawmakers said they wanted to impose further sanctions against Saudi Arabia well beyond those that Washington have inflicted on 17 Saudis allegedly involved in the killing.

A similar resolution fell six votes short of passage earlier this year, but some senators, including Corker, seemed to be ready to switch and support "an appropriate response" from the administration, saying the Saudi crown prince "owns this death. He owns it."

For his part, Republican Senator Lindsey Graham, a close ally of President Donald Trump, also said he would insist on a briefing from Haspel, threatening to withhold his vote on key measures if that didn't happen.

U.S. media reported that the resolution just needs a majority to advance, but could launch an amendment process that could play out for days in the Senate.

In response, the White House reportedly issued a veto threat for that resolution, saying it would "harm bilateral relationships in the region and negatively impact the ability of the United States to prevent the spread of violent extremist organizations."

After the briefing, Pompeo also told the media, "We are on the cusp of allowing the U.S. envoy, Martin Griffiths, to, in December, gather the parties together and hopefully get a ceasefire in Yemen."

Also on Wednesday, Pompeo tweeted that "the Trump Administration's effort to rebuild the U.S.-#Saudi partnership isn't popular in the salons of Washington, but ... degrading our ties would be a mistake for U.S. national security."

The statement was seen by U.S. media outlets as a thinly-veiled acknowledgement of dispute between the Trump administration and the Congress over U.S.-Saudi Arabian ties.

In response, Democratic Senator Ed Markey tweeted that Pompeo is wrong to say Saudi Arabia is a worthy partner for the U.S. side.

"Pompeo gets it wrong," he said. "Saudi Arabia is not a partner worth having when it abuses human rights. Leadership isn't about an amoral pursuit of material benefit & profit. It's about applying our values to friends & foes alike, even when - especially when - it's hard."