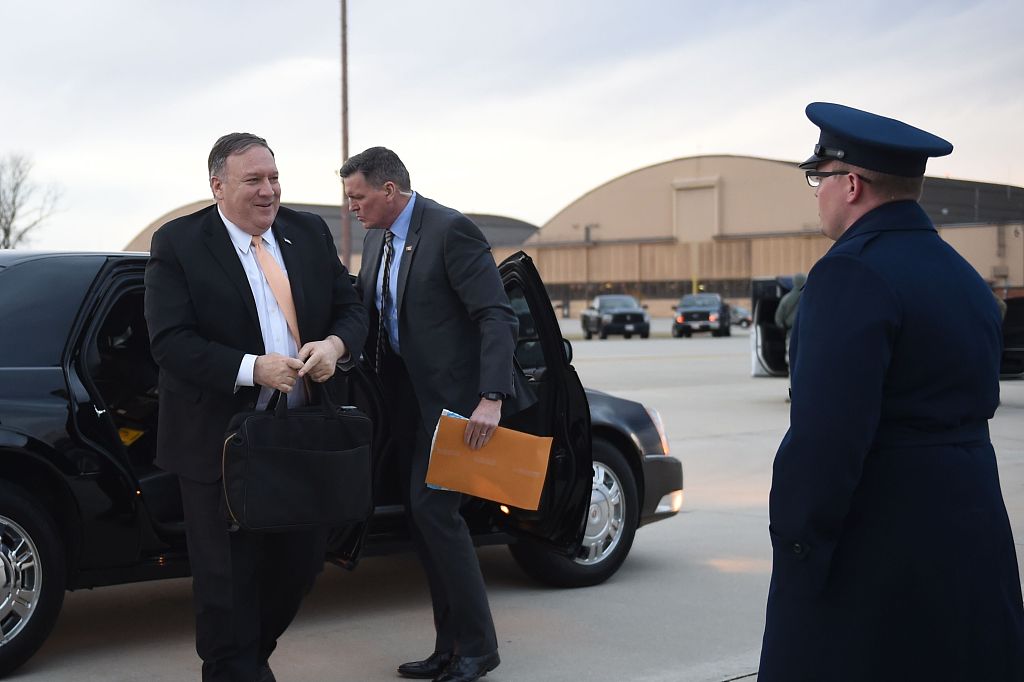 US Secretary of State Mike Pompeo walks to the plane prior to departing from Joint Base Andrews on January 7, 2019. Pompeo will tour Middle East capitals next week in an effort to shore up crucial alliances strained by the Yemen war, US plans to exit Syria and the murder of journalist Jamal Khashoggi. (File photo: VCG)

US Secretary of State Mike Pompeo met Iraqi officials, including the speaker, on an unannounced visit to Baghdad on Wednesday, the parliament's spokesman said.

Pompeo's talks, on the second leg of a key Middle East tour, come less than two weeks after President Donald Trump drew criticism for failing to meet a single Iraqi official during a surprise Christmas visit to US troops.