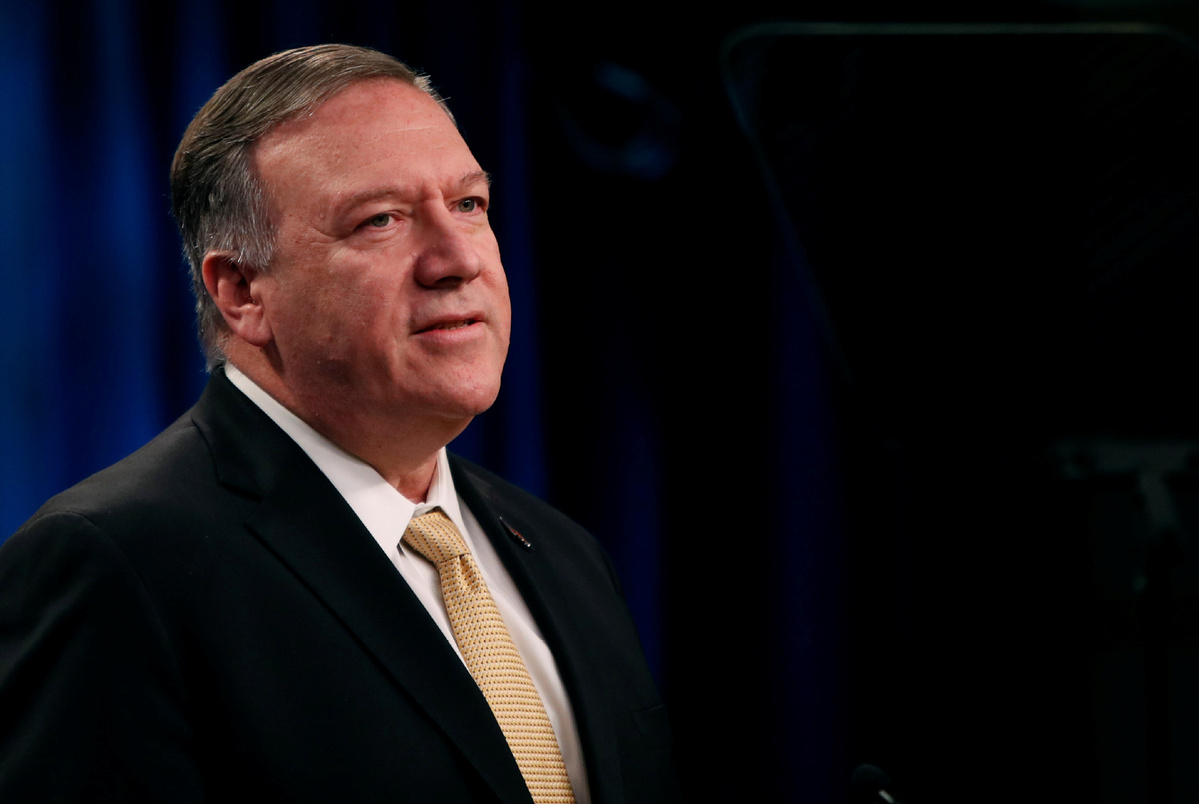 US Secretary of State Mike Pompeo speaks during a news briefing at the State Department in Washington, Nov 18, 2019. (Photo: Xinhua)

Pompeo and Shoukry discussed "the importance of the strong strategic partnership between the United States and Egypt" and exchanged views on regional issues, including the situation in Libya, the US State Department said in a statement.

They also talked about human rights and Americans detained in Egypt, according to the statement.

While Washington claims the two countries have close ties, there have been points of contention. Last month, the United States reportedly threatened to punish Egypt for its decision to purchase fighter jets from Russia. Meanwhile, Cairo did not support some of US policies regarding Iran and Israel.