Pompeo meets with FMs of Armenia, Azerbaijan over Nagorno-Karabakh conflict

WASHINGTON - US Secretary of State Mike Pompeo on Friday held separate meetings with visiting foreign ministers of Armenia and Azerbaijan, the two countries in a conflict over the Nagorno-Karabakh region. 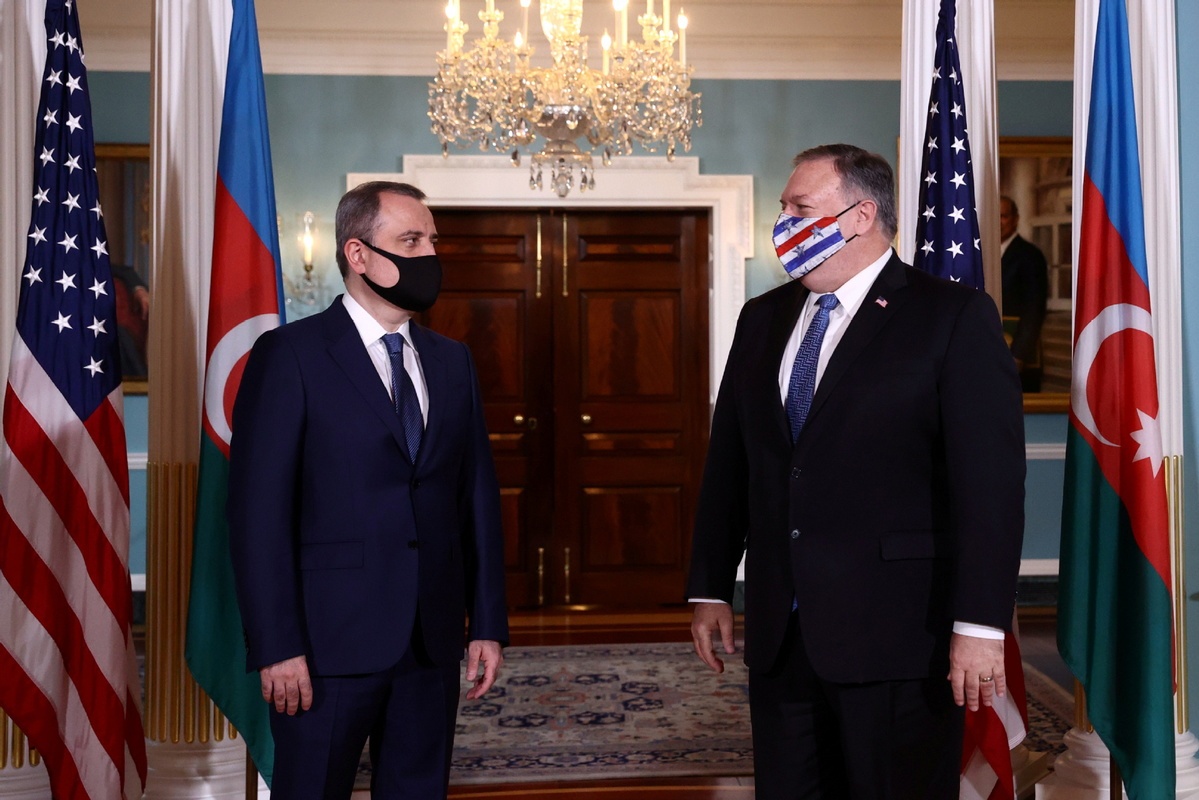 Azerbaijan's Foreign Minister Jeyhun Bayramov meets with US Secretary of State Mike Pompeo to discuss the conflict in Nagorno-Karabakh, at the State Department in Washington, US, October 23, 2020. [Photo/Agencies]

Pompeo emphasized the need to end the violence and protect civilians in his separate meetings with Armenian Foreign Minister Zohrab Mnatsakanyan and Azerbaijani Foreign Minister Jeyhun Bayramov, the State Department said in a short statement.

"The Secretary also stressed the importance of the sides entering substantive negotiations under the auspices of the OSCE Minsk Group Co-Chairs to resolve the conflict based on the Helsinki Final Act principles of the non-use or threat of force, territorial integrity, and the equal rights and self-determination of peoples," the statement added.

A new round of armed conflict broke out on Sept. 27 along the contact line of the Nagorno-Karabakh region. Armenia and Azerbaijan have been at loggerheads over the mountainous region since 1988. Peace talks have been held since 1994 when a cease-fire was reached, although there have been minor sporadic clashes since.