DAVOS, Switzerland, Jan. 22 (Xinhua) -- US Secretary of State Mike Pompeo said Tuesday he was optimistic that US-China trade talks would have a good outcome and the two countries could "thrive and prosper together." 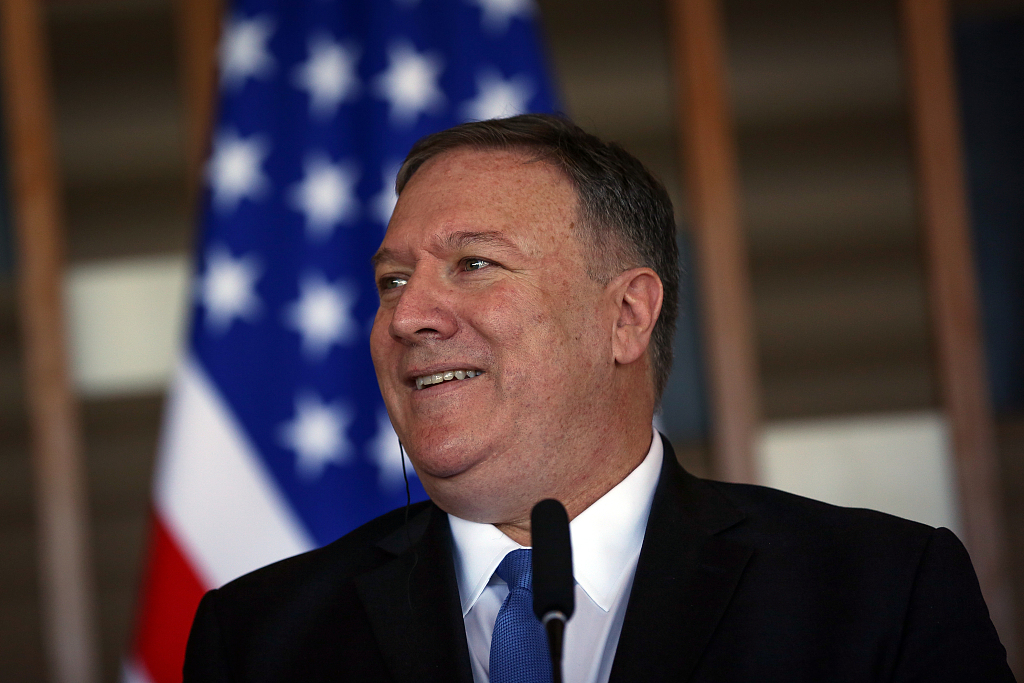 "There are those who say that conflict, superpower conflict between our two countries is inevitable. We don't see it that way. We want to find places where we can work together," Pompeo told the World Economic Forum participants via video link.

Pompeo canceled his trip to Davos due to the current US government shutdown.

Commenting on the next round of US-China trade talks, Pompeo said he was optimistic that the Chinese delegation would be well received and both sides would "have a good outcome from those conversations."

The Chinese Commerce Ministry said last week that Chinese Vice Premier Liu He will visit the United States on Jan. 30-31 for trade negotiations.

When asked whether effort to resolve the US-China trade friction could achieve any breakthrough, Pompeo said that he was hopeful that each of those issues could be dealt with constructively.

"I don't want to get ahead of the conversations and negotiations that are taking place. There is lots of hard work to do," he said.

"I am very confident that there will be a bright future for the United States and its people, but for the Chinese people as well," he added.

The two sides have conducted several rounds of talks to resolve their trade frictions since US President Donald Trump first announced tariff plans against China in March last year.

Leaders of the two countries agreed at a meeting in the Argentine capital city of Buenos Aires in December to halt additional tariffs and resolve their trade dispute via talks.