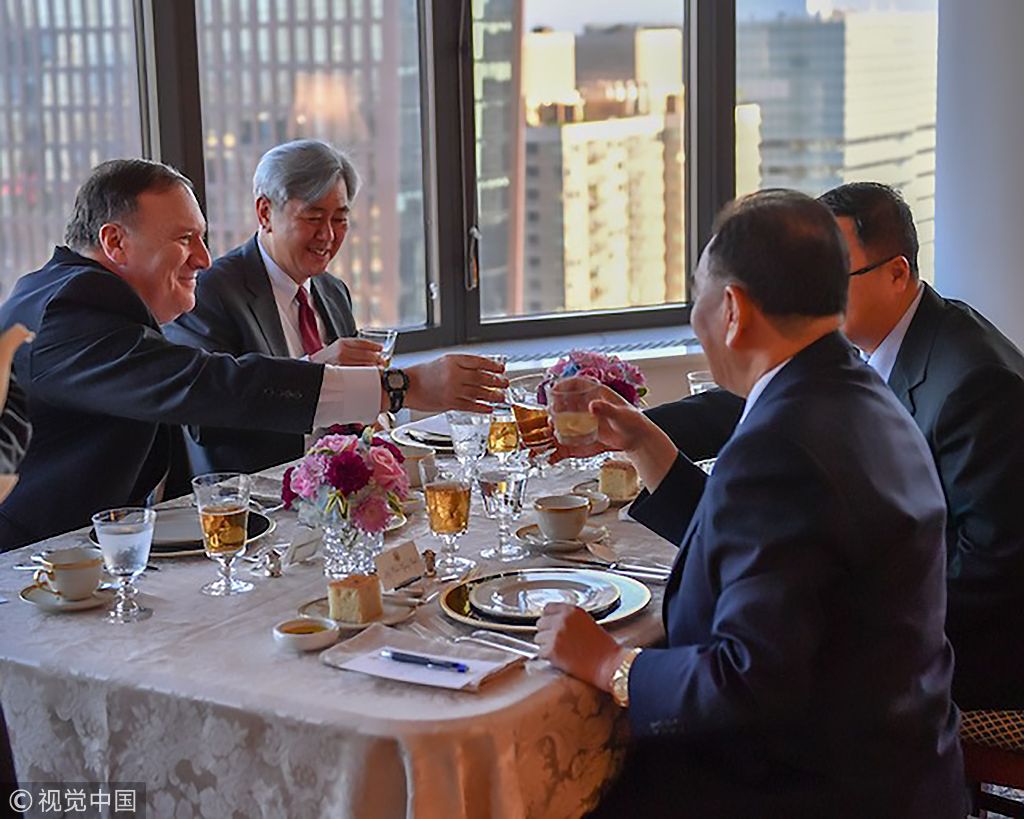 US Secretary of State Mike Pompeo and a top North Korean official met in New York on Wednesday over a steak dinner to try to salvage next month's summit between the North Korean and US leaders.

Kim Yong Chol, considered the right-hand man of leader Kim Jong-un, was the most senior North Korean official to visit the United States in 18 years.

Pyongyang's envoy joined Pompeo at the apartment of a US diplomat on Manhattan's East side for the evening meal that lasted about an hour and a half. Two more meetings are scheduled for Thursday. 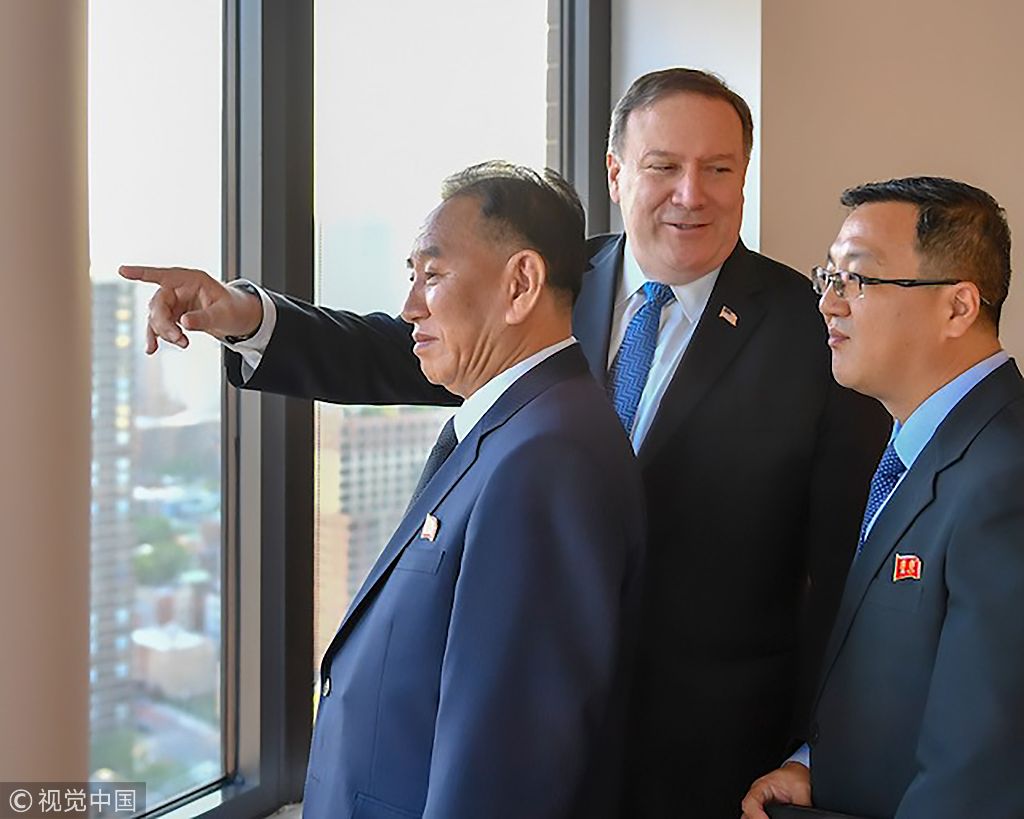 Asked about the working dinner, Pompeo told reporters afterwards: "It was great". "Good working dinner with Kim Yong Chol in New York tonight," he later tweeted. "Steak, corn, and cheese on the menu."

It was the third meeting between the two officials who are working to finalize planning for a June 12 summit designed to end a nuclear standoff that once threatened to plunge Korea back into war.

"They are meeting to see what needs to be done in the two weeks that remain," a senior US official said.

The United States wants North Korea to agree to "complete, verifiable and irreversible denuclearization" of the Korean peninsula.

US and North Korean envoys have also been meeting in Panmunjom in the demilitarized zone between North and South Korea, and an American team is in Singapore to make logistical arrangements for the rapidly planned meeting. 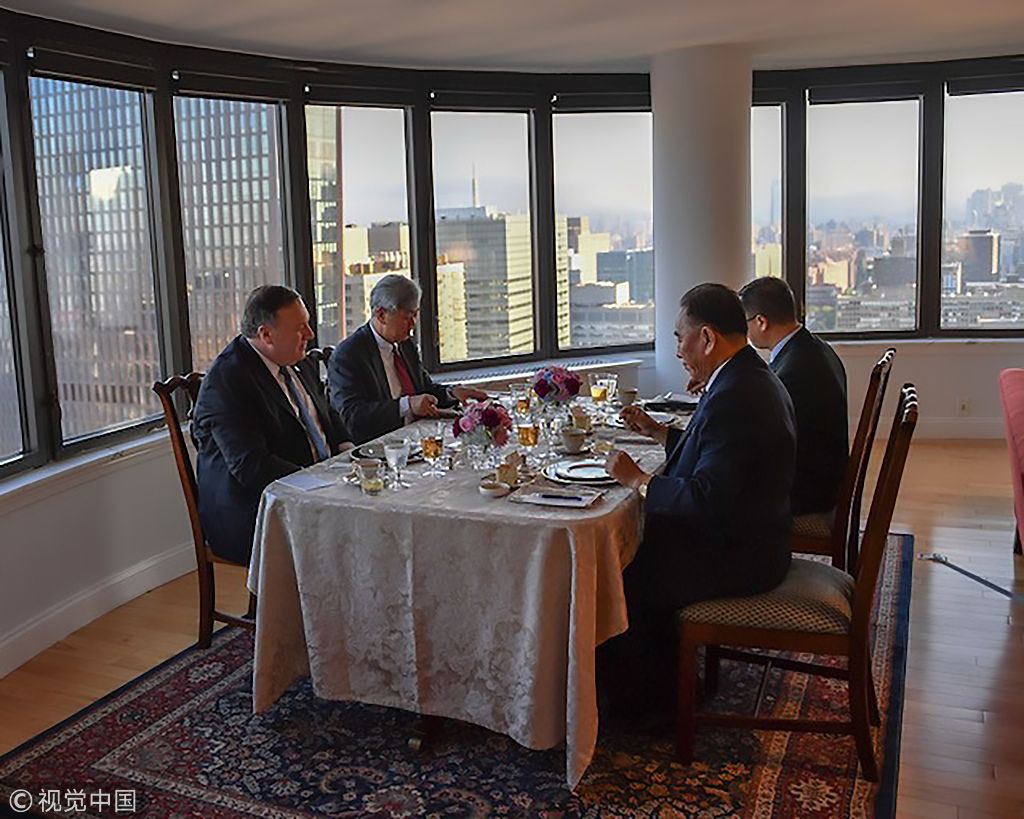 - Trump to decide on summit -

Earlier this month, President Donald Trump suddenly announced a cancellation of the summit after North Korea issued a sharp rebuke of what it saw as threatening language from the US side, and Washington has warned talks could be postponed if Kim is not serious about disarmament.

The decision to hold the summit "is 100 percent in the hands of the president," he added.

The State Department released photos of a smiling Pompeo shaking hands with Kim Yong Chol, pointing out New York landmarks to him by a window and toasting his guests.

Pompeo has scheduled a news conference on Thursday, at the end of his meetings with Kim.

Also on Thursday, Russian Foreign Minister Sergei Lavrov is due to travel to North Korea to discuss Pyongyang's nuclear program. Pompeo and Lavrov spoke by telephone for the first time Wednesday.

Pompeo called his South Korean and Singaporean counterparts over the weekend and Japan is also keenly watching summit preparations. Trump will meet its Prime Minister Shinzo Abe in Washington on June 7.

On Sunday, US negotiators, headed by Washington's ambassador to the Philippines Sung Kim, began meeting North Korean counterparts in the truce village of Panmunjom that divides the two Koreas. 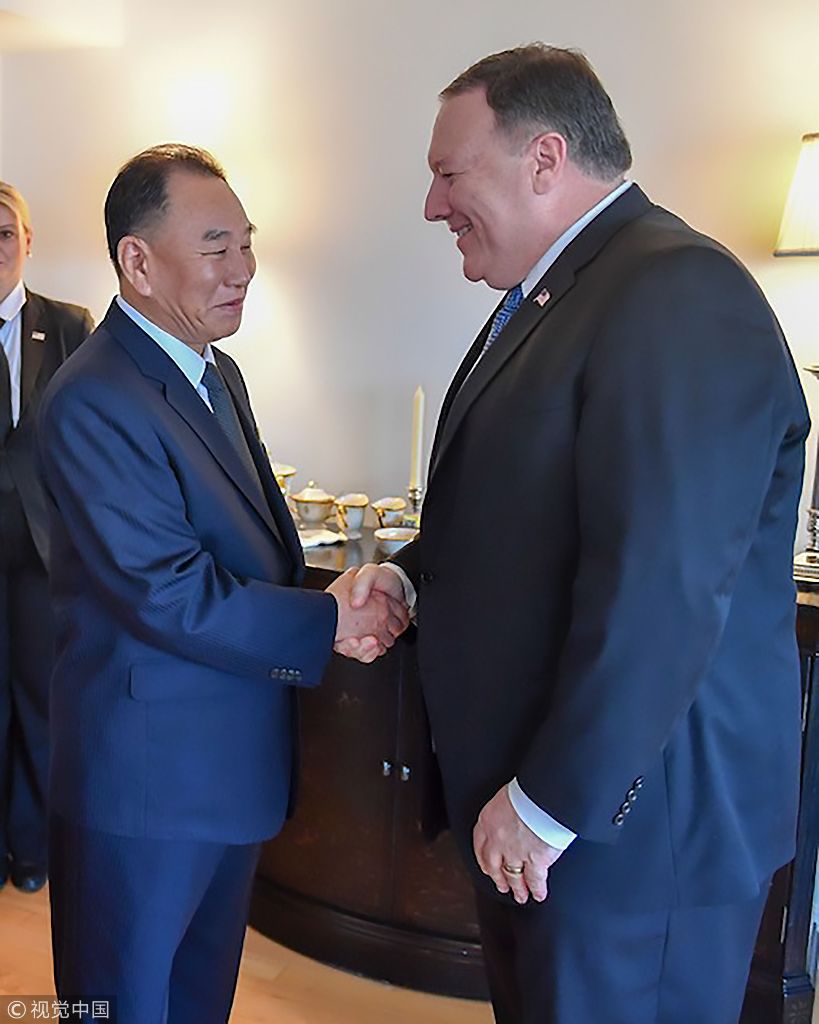 Kim Yong Chol, who is making his first US visit, is the most senior North Korean on US soil since Vice Marshal Jo Myong Rok met then-president Bill Clinton in 2000.

The general has played a front-seat role during recent rounds of diplomacy aimed at ending the nuclear stalemate on the Korean peninsula.

He sat next to Trump's daughter Ivanka, who is also a White House aide, during February's closing ceremony for the Winter Olympics in South Korea, an event that was seen as a turning point in the nuclear crisis.

Kim's journey to the US caps a frenetic few days of meetings between North Korean and American officials.

The key task is to settle the agenda. The main stumbling block is likely to be the concept of "denuclearization" -- both sides are in favor of it, but there is a yawning gap between their definitions.

Washington wants North Korea to quickly give up all its nuclear weapons in a verifiable way in return for sanctions and economic relief.

But analysts say North Korea will be unwilling to cede its nuclear deterrent unless it is given security guarantees that the US will not try to topple the regime.