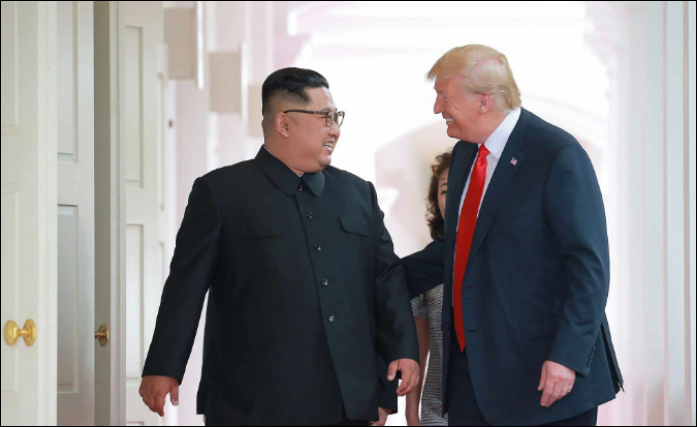 US Secretary of State Mike Pompeo said on Saturday he would coordinate closely with Japan during denuclearization talks with the Democratic People's Republic of Korea (DPRK) and promised to raise the issue of the abductions of Japanese citizens in his meetings in Pyongyang.

"We will have a fully coordinated, unified view of how to proceed, which will be what is needed if it is going to be successful in denuclearizing North Korea (DPRK)," Pompeo told Japanese Prime Minister Shinzo Abe in Tokyo. "We will bring up the issue of the abductees as well," he said.

Abe thanked Pompeo, who arrived in Tokyo on Saturday, for coming to Japan before he meets DPRK's leader Kim Jong Un on Sunday.

Japan considers the DPRK to be a "dire threat" and is pushing ahead with plans to bolster its own ballistic missile defenses with Aegis Ashore batteries that can target warheads in space.

Pompeo last visited Pyongyang in July, claiming progress had been made. But only hours later the DPRK denounced him for making "gangster-like demands."

The US and Japan have insisted that international sanctions must remain in place until Pyongyang gives up its nuclear weapons.

Last week at the UN General Assembly, Pompeo rejected China and Russia's calls to ease the sanction as a reward to Pyongyang's efforts in denuclearization.

Speaking at the annual gathering, DPRK's Foreign Minister Ri Yong Ho said that there is "no way" Pyongyang would unilaterally give up its nuclear weapons as continued sanctions only deepen mistrust.

DPRK had taken "significant goodwill measures" in the past year, such as stopping nuclear and missile tests, dismantling the nuclear test site and pledging not to proliferate nuclear weapons and technology, he said, "But we do not see any corresponding response from the US."

"Without any trust in the US there will be no confidence in our national security and under such circumstances, there is no way we will unilaterally disarm ourselves first," said Ri.