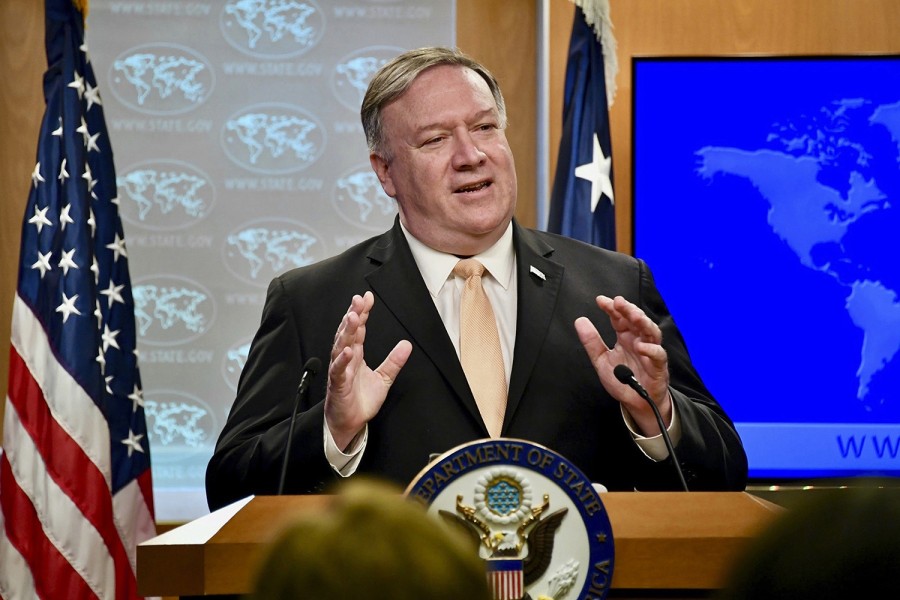 NEW YORK, Aug. 4 (Xinhua) -- U.S. Secretary of State Mike Pompeo's anti-China speech at the end of July has undermined long-term U.S. interests, and appears likely to fail, like the country's many other foreign policies, according to a report published on The New Yorker on Wednesday.

The comments in the article named "Why Trump Will Never Win His New Cold War with China" came after Pompeo delivered a speech at the Richard Nixon Presidential Library, where he launched a fusillade of ill-founded attacks, inciting an ideological hatred against China and the Communist Party of China, and tried to coax others into forming an alliance against Beijing.

"To mindlessly hurl yourself against China is a misunderstanding of the situation in China -- and in East Asia," the U.S. weekly magazine quoted Stapleton Roy, U.S. ambassador to China in the 1990s, as saying.

Many of America's old friends in the Asia-Pacific region have more trade with China than with the United States, he said, pointing out that U.S. allies do not want confrontation and a U.S. Cold War with China could be "quite lonely."

Noting that China has improved living conditions for hundreds of millions of people with unprecedented speed, he said that "self-deception is very dangerous in diplomacy."

China has provided "the greatest contribution to global growth and fastest-growing destination for U.S. exports for fifteen years, until the Trump Administration," Robert Zoellick, former World Bank president, said at the Aspen Security Forum last month, according to the magazine.

China has expanded its influence largely by investing in development projects, while the U.S. administration has reduced its engagement globally, the report said.

China will be "the most consequential issue" in U.S. foreign policy for generations to come, Kurt Campbell, an Asia specialist who has worked at the State Department, the Pentagon, and the National Security Council, predicted at the Aspen Security Forum, according to the article.

Yet, the United States is "really plummeting down a staircase towards an extraordinarily competitive, confrontational set of relations, which will have consequences that are very difficult to predict," he said.