US Secretary of State Mike Pompeo in the Middle East, which started on Monday with Israel, aims to establish new regional ties for Israel, a Sudanese analyst said. 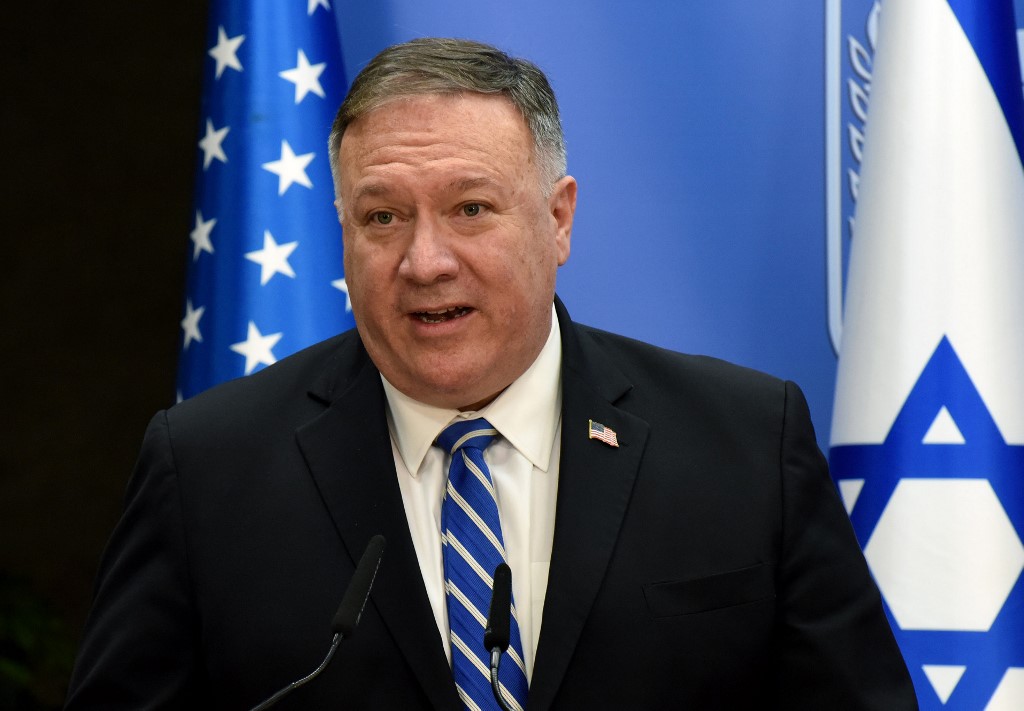 US Secretary of State Mike Pompeo speaks during a joint statement to the press with Israeli Prime Minister Benjamin Netanyahu (unseen) after meeting in Jerusalem, on August 24, 2020. (File photo: AFP)

"The United States had a prominent role in reaching a peace agreement between Israel and the United Arab Emirates (UAE), and Pompeo's visit certainly seeks to push the rest of the Arab states to follow in the UAE's steps," said Abdul-Rahim Al-Sunni, a political analyst at the Future Studies Center in Sudan.

Pompeo will visit Sudan on Tuesday, before heading to Oman and the UAE, he noted.

Al-Sunni expected normalization of the Sudanese-Israeli relations to be on the top of the agenda during Pompeo's stay in Khartoum.

"It is widely . list of states sponsoring terrorism," he told Xinhua.

Pompeo will be the first US state secretary to visit Sudan in 15 years, after Condoleezza Rice's trip to the African country in July 2005.

The United States started imposing economic sanctions on Sudan in 1997 and has been listing it as one of the countries sponsoring terrorism since 1993.

In 2017, Washington decided to lift its economic sanctions on Sudan, but is still keeping Sudan on its terror sponsors list.

On Aug. 21, 2019, Sudan started a 39-month transitional period under an interim government of military and civilian elements, after the ouster of former President Omar al-Bashir.