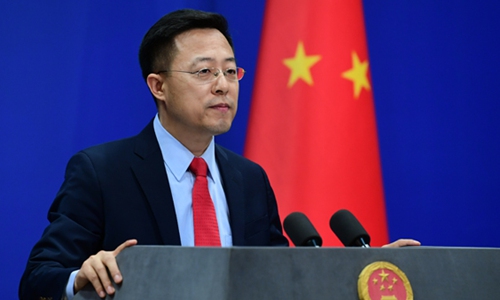 The US requirement to publish its ambassador's article, which is inconsistent with the facts and maliciously attacks China, is not about press freedom, but an engineered action, Chinese Foreign Ministry spokesperson Zhao Lijian said at a press conference on Thursday.

On August 26, the US Embassy in China contacted People's Daily and requested that Ambassador Terry Branstad’s article be published before September 4, hoping to get a reply in one day, and required the article, full of loopholes, to be printed in full without edits.

The People's Daily spokesperson responded, and offered an accurate account, Zhao said, saying the newspaper, just like any other US media outlet, has the right to decide whether or not to publish any submitted article and when to publish it, and is entitled to make necessary changes and edits to any article. It’s also entitled to reject an article with factual mistakes and filled with prejudice. This is in line with the professional practices of the journalistic industry, as well as international norms.

"We urge the US to stop bullying and spreading rumors and lies, but respect press freedom through real actions", Zhao said.