WORLD Pompeo's visit to Southeast Asia: What does the US want from ASEAN?

Pompeo's visit to Southeast Asia: What does the US want from ASEAN? 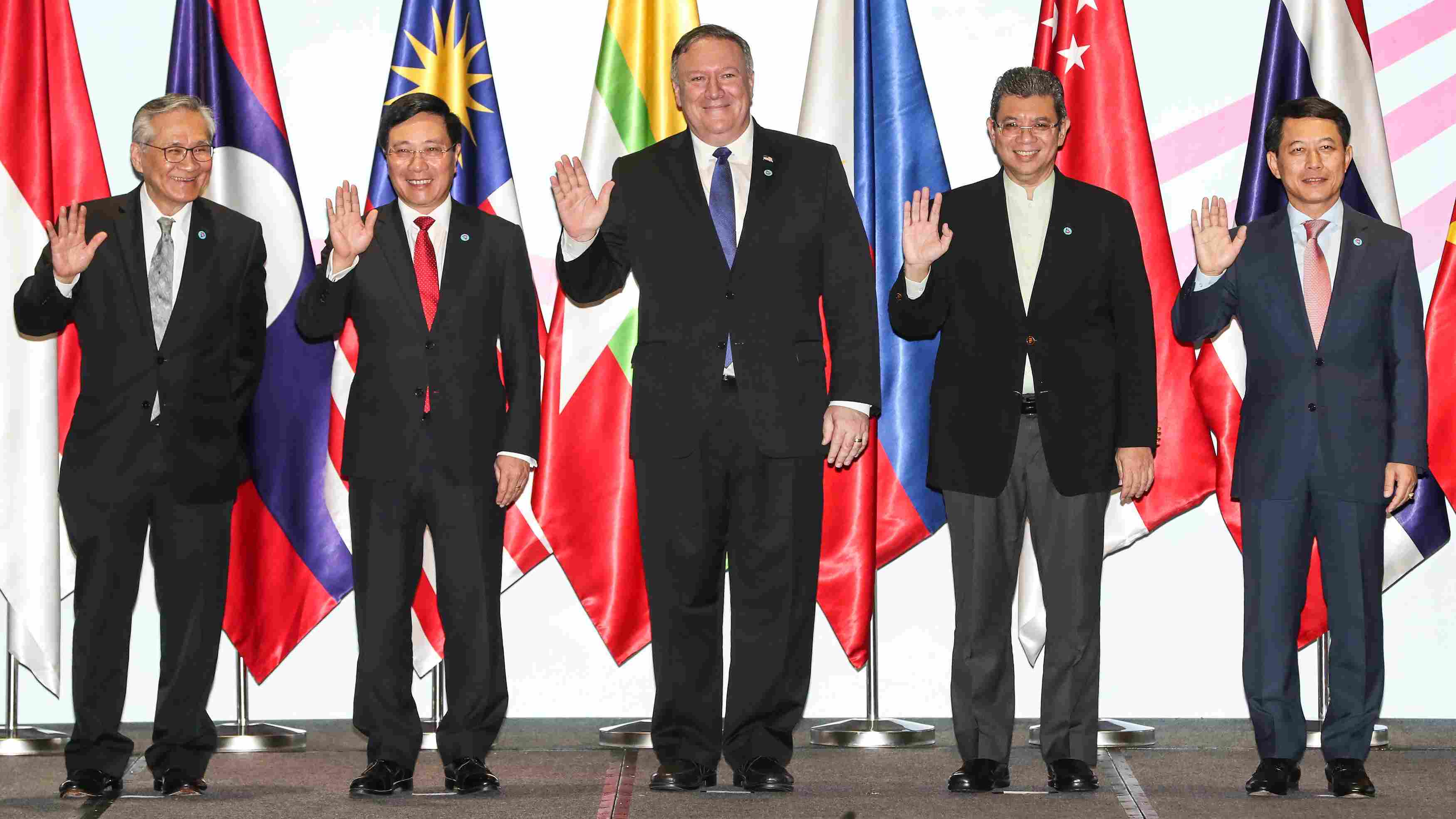 US Secretary of State Mike Pompeo is expected to flesh out details of Washington's vision of a "free and open Indo-Pacific" during his Southeast Asia visit.

Pompeo met with Malaysian Prime Minister Mahathir Mohamad in Kuala Lumpur on Friday morning, then traveled to Singapore to talk with officials from different governments and attend an annual forum of the Association of Southeast Asian Nations (ASEAN). His last stop will be in Jakarta, the capital and largest city of Indonesia.

The three nations scheduled in Pompeo's trip are part of the 10-member-state ASEAN.

Reshaping US footprint in Asia

Pompeo's trip is part of Washington's attempt to reshape and expand its footprint in Asia, US media reported.

The US remains committed to ASEAN's centrality under the Indo-Pacific strategy, and looks forward to broadening and deepening its strategic partnership with the region, Pompeo said in his first meeting with his ASEAN counterparts on Friday.

He cited the 113-million-US-dollar initiative he had announced earlier this week to help fund energy, infrastructure and digital economy projects in the region, noting that ASEAN is the number one destination for US investment in Asia.

He said the money heralded "a new era of US economic commitment to peace and prosperity in the Indo-Pacific."

US commitment to Indo-Pacific

The US has announced nearly 300 million US dollars in new funding to reinforce security cooperation throughout the entire Indo-Pacific region on Saturday, according to Pompeo.

Ahead of the trip, Pompeo said the US has a stake in the peace and prosperity of a "free and open Indo-Pacific," noting that the commitment is deeply rooted in his country.

"Free" means all nations will be able to protect their sovereignty, undergo good governance and entitle the citizens to fundamental rights, Pompeo explained at the Indo-Pacific Business Forum in Washington on Monday.

"Open" refers to the peaceful resolution of disputes, the fair, reciprocal and transparent economic environment and the improved connectivity to drive regional ties, Pompeo noted.

Indo-Pacific strategy should be consecrated as the "best geopolitical jargon," according to an editorial piece by the Global Times on Friday.

What Pompeo will face is suspicion from regional countries and their polite yet cautious responses, the editorial said.

Speaking of the US economic commitment to the region, the Wall Street Journal said Pompeo offered few details to support his claim.

For all Pompeo's intentions, the administration's message conflicts with many of the region's needs or concerns. Far from an open market, several countries in the region say it seems the US has become more protectionist, the Los Angeles Times reported.

"The Indo-Pacific vision is far less institutionalized than the Obama administration’s rebalance," said Ian Chong, associate professor of political science at the National University of Singapore, according to the Arab News.

It is also vaguer and focuses more on major powers rather than the range of actors present in Asia, Chong said.