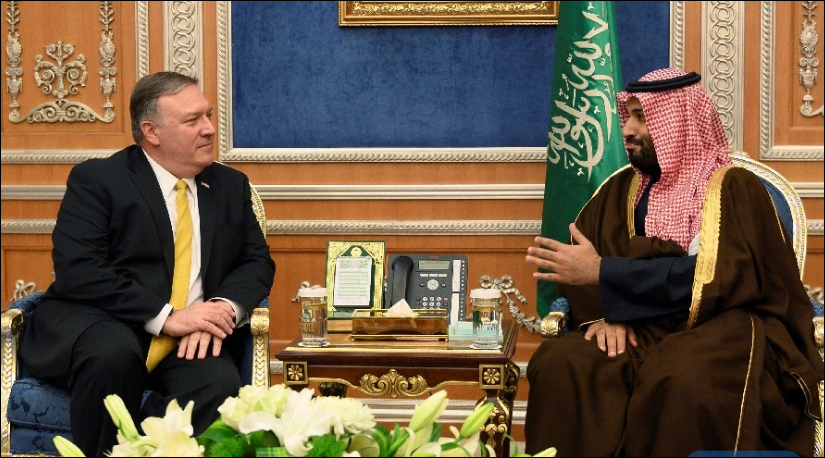 US Secretary of State Mike Pompeo had talked over phone with the crown prince of Saudi Arabia on Tuesday regarding the situation in Yemen, human rights and regional issues, the State Department said here on Wednesday.

Pompeo thanked Mohammed bin Salman Al Saud for Saudi Arabia's support in advancing the political process in Yemen, and they also agreed on the need for parties to adhere to the agreements made in Sweden, according to a statement issued by State Department deputy spokesperson Robert Palladino.

The US secretary of state and the Saudi crown prince also discussed human rights issues and broader developments in the region, according to the brief statement.

Pompeo is currently on his three-stop visit to the Middle East.

The US Senate voted last week to curtail US military support for the Saudi-led military operation in Yemen. The House had earlier this year approved a very similar measure.

Pompeo responded on March 15 that "the Trump administration fundamentally disagrees that curbing our assistance to the Saudi-led coalition is the way to achieve these goals."

"If you truly care about Yemeni lives, you'd support the Saudi-led effort to prevent Yemen from turning into a puppet state of" Iran, Pompeo noted. "The way to alleviate the Yemeni people's suffering isn't to prolong the conflict by handicapping our partners in the fight, but by giving the Saudi-led coalition the support needed to defeat Iranian-backed rebels."