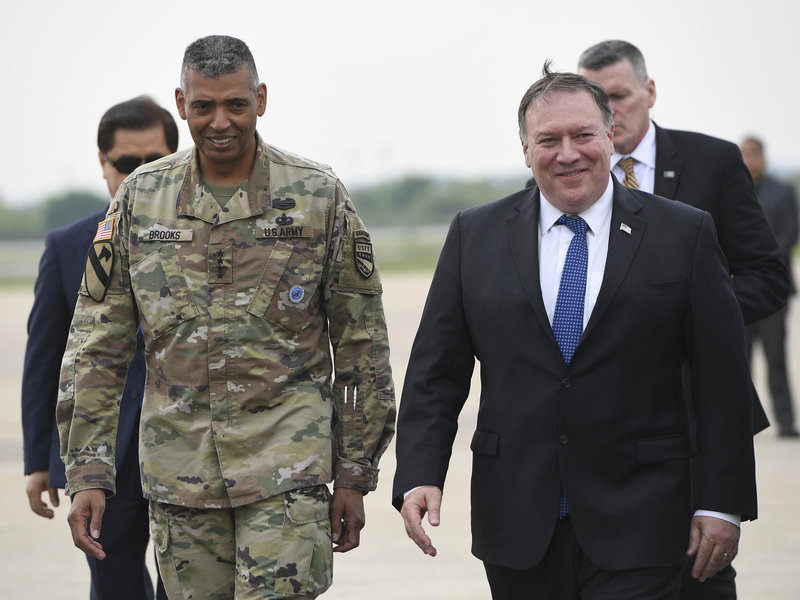 Los Angeles (People's Daily) - US Secretary of State Mike Pompeo announced that "major denuclearization" would be a Peninsula reality before US President Donald Trump’s term in the White House was over.

Heading into Tuesday’s summit with Trump and North Korean leader Kim Jong-un in Singapore, Pompeo said the Oval Office held firm on a “complete and verifiable and irreversible denuclearization of the Korean Peninsula” as it remains the only acceptable end result.

The two leaders signed a joint statement Tuesday agreeing that North Korea would “work toward” denuclearization.

Pyongyang media reported that Trump and Kim had a “shared recognition” and the process would be a “step-by-step and simultaneous action.”