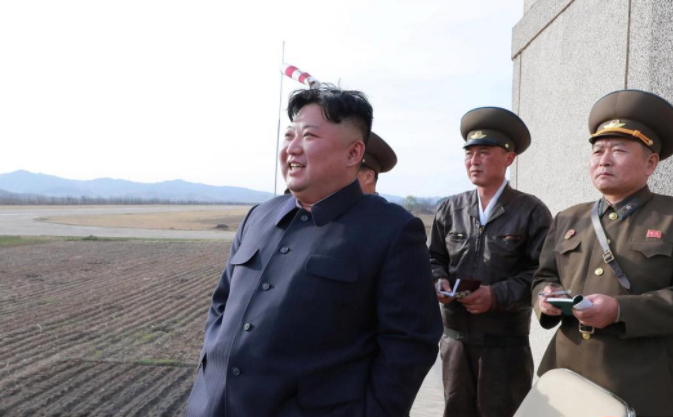 US Secretary of State Mike Pompeo said in an interview aired on Sunday that the United States is "still evaluating the appropriate response" to the latest firing of projectiles by the Democratic People's Republic of Korea (DPRK).

Pompeo, in his interview with CBS's "Face the Nation," hinted at possible correlation between DPRK's firing of projectiles and its top leader Kim Jong-un's Russia visit.

"You saw this happen too right after his visit to Russia. Right- right after he spoke with Vladimir Putin, he made the decision to take these actions," he said. "We're still evaluating the appropriate response."

Republic of Korea's Joint Chiefs of Staff said earlier this week that the DPRK had fired unidentified short-range projectiles off its east coast.

"The toughest sanctions in the history of North Korea remain in place. That's probably what's putting some of the pressure on Chairman Kim today," Pompeo said, reacting to a question on whether the latest situation warrants more sanctions.

However, he still invited the DPRK to negotiate with the US side on denuclearization.

"I want everyone in your audience to know we're going to exhaust every diplomatic opportunity there is," Pompeo said. "I continue to invite our counterparts for negotiations. We still believe there is a path forward where Chairman Kim can denuclearize without resort to anything beyond diplomacy. We're hopeful that we can achieve that."

"We've made real progress between Singapore and Hanoi and we hope that progress can continue. It would be the best outcome for the world," Pompeo said.

US President Donald Trump on Saturday via twitter expressed "confidence" in an ultimate "deal" with Pyongyang.

He tweeted that "anything in this very interesting world is possible...Deal will happen!"