WASHINGTON, Nov. 4 (Xinhua) -- US Secretary of State Mike Pompeo said here Sunday that he will meet with a high-ranking official from the Democratic People's Republic of Korea (DPRK) at the end of this week. 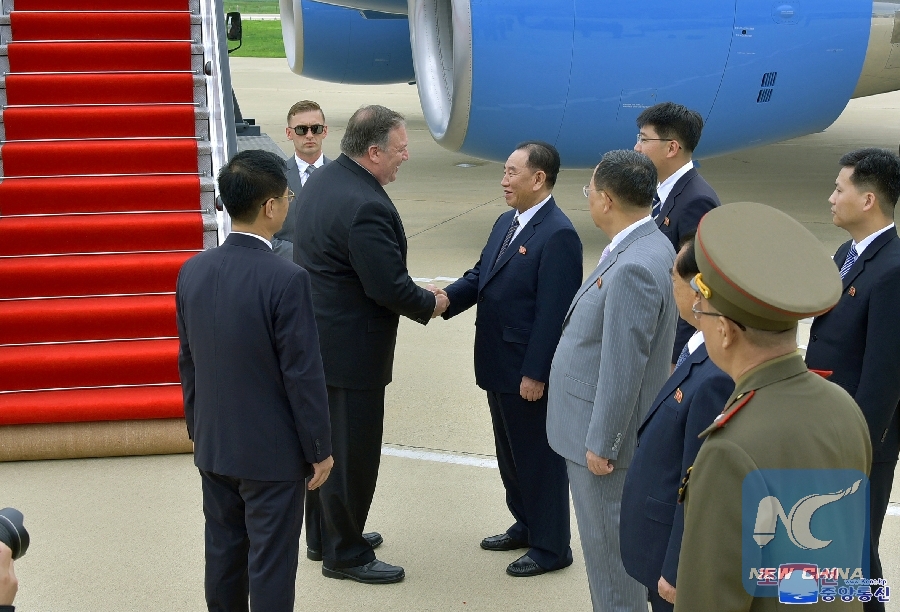 "I'll be meeting this week in New York City with my counterpart Kim Yong-chol," Pompeo said in an interview with FOX News on Sunday, adding that it will be "a good opportunity to continue the denuclearization discussions that were set out just a few months back."

The US top diplomat said that the meeting between President Trump and Chairman Kim in June this year has set them on the path that they're on today. "We haven't had any missile tests. There have been no nuclear tests. We've had the returns of American remains. These are all good steps."

Also on Sunday, Pompeo told CBS's "Face the Nation" that he will meet with Kim Yong-chol.

"I'll be in New York City at the end of this week meeting with my counterpart, Kim Yong-chol," he said, adding that some real progress is expected to make such as an effort to make sure that the summit between the two leaders can take place, during which the two sides can make substantial steps towards denuclearization.

Pompeo also confirmed that the DPRK will not see any US economic sanctions lifted until it has demonstrated complete denuclearization.

Earlier on Wednesday, Pompeo told The Laura Ingraham Show that he would speak with the DPRK side next week to discuss Pyongyang's reported readiness to open its nuke and missile sites for international inspectors, as well as the second summit of the two countries' leaders.

The West media outlets have widely interpreted his remarks as a sign of meeting to lay the groundwork for the second summit.

In the interview, Pompeo said that "we do have the intention of President Trump and Chairman Kim getting together before too long, hopefully early in the next year, where we can make a substantial breakthrough in taking down the nuclear threat from North Korea (DPRK)."

According to a report by the DPRK's state-run news agency KCNA, during Pompeo's visit to Pyongyang last month, Pompeo said he and Kim shared the same view over holding a second US-DPRK summit as quickly as possible.

Kim also invited inspectors to visit the Punggye-ri nuclear test site to confirm that it has been irreversibly dismantled.

US President Donald Trump also said last month that his upcoming meeting with Kim will be held after the midterm Congressional elections in early November.

He added that the venue of his second meeting with Kim has been narrowed down to "three or four" locations.

The first-ever DPRK-US summit was held in Singapore on June 12. According to a joint statement signed by Trump and Kim, the United States would provide a security guarantee to the DPRK in return for Pyongyang's commitment to denuclearization.