CAIRO, Jan. 10 (Xinhua) - US secretary of state Mike Pompeo said here on Thursday that the United States will remain a steadfast partner in the Middle East to crush terrorism.

"We will stand partner in the Middle East to crush terrorism," Pompeo said in a joint press conference with his Egyptian counterpart Sameh Shokri. 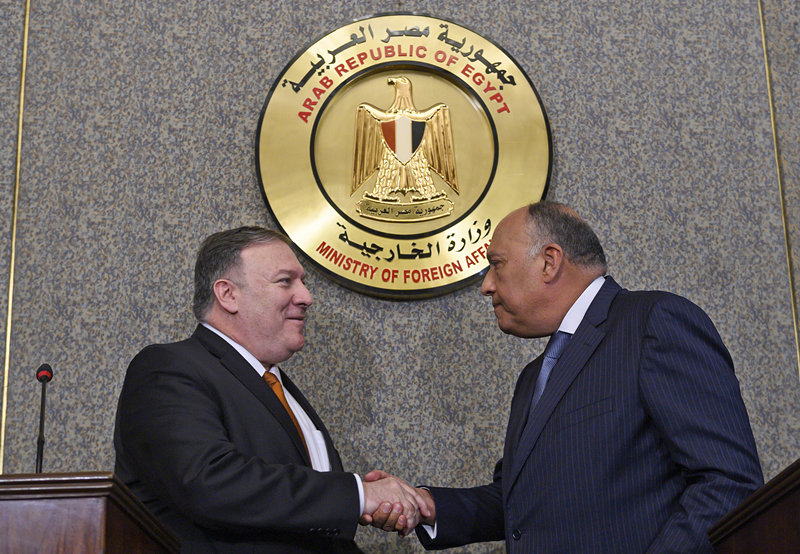 "We destroyed 99 percent of the Islamic State (IS) in Syria and will continue to eradicate it from the entire world," he added.

Pompeo said the US withdrawal from Syria didn't contradict the ongoing danger of the IS.

He also thanked Egyptian leaders for tackling terrorism and protecting his people, saying "Egypt will stand as our partner in the region in eradicating terrorism."

The two sides also confirmed the importance of continuing joint coordination and consultation on political and security issues in the region, Radi added.

Pompeo described on his twitter "the meeting was fruitful."

"The US stands firm with Egypt in light of its obligations of protecting religions and combating terrorism that threatened our friends in the Middle East," he tweeted.